The government has cut police spending by 25% over the last five years.

Direct government grants to police forces have fallen by 25% over the last five years. Funding fell by 18% overall because forces were able to raise more money locally.

Police spending has been protected.

Direct funding from government for police in England and Wales will continue to fall until 2020. Most local forces have the power to raise enough money to keep their budgets flat - but only if they raise the maximum amount they're allowed to.

Police budgets are being cut.

Direct government grants to the police have been cut for the past five years. They will continue to fall over the next few years. Most local forces have the power to maintain their budgets if they raise the maximum amount they are allowed to. 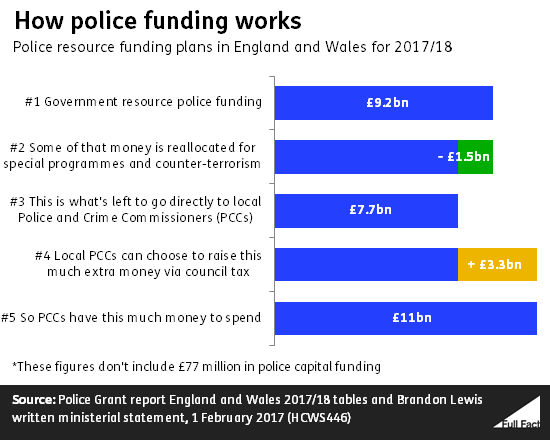 We re-worded the conclusions that head the article to make them easier to understand.