Are household savings at their lowest in 50 years?

Household savings are the lowest in 50 years. 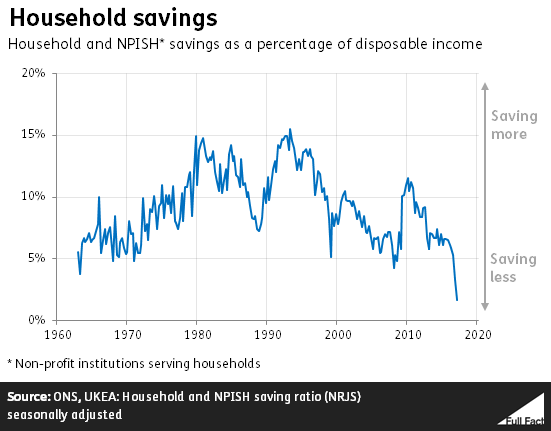