The gender pay gap has been falling over time

The gender pay gap is at its lowest level.

“The gender pay gap is at its lowest level.”

This is broadly correct, comparing the median hourly earnings of women and men in the UK, excluding overtime pay. The gap has been falling almost consistently over time, although there was a slight increase in the provisional data for 2017. 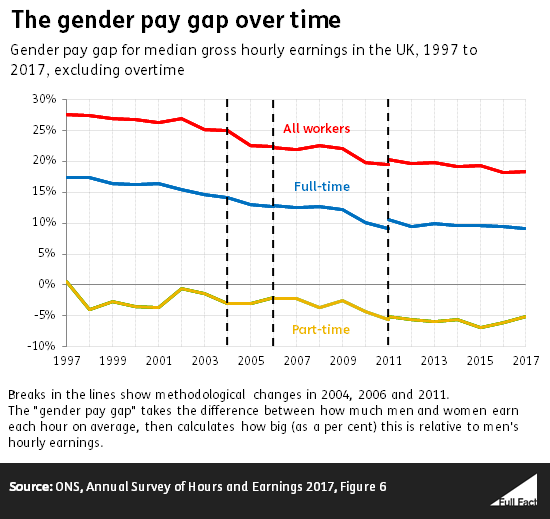 These figures don’t show differences in rates of pay for comparable jobs, as they are affected by factors such as the proportion of men and women in different occupations. For example, a higher proportion of women work in occupations such as administration and caring, which tend to offer lower salaries.

The Office for National Statistics says there isn't a single number that adequately deals with all the issues surrounding differences between women and men's pay, but they prefer to look at this measure of median hourly earnings.

We looked at this issue in more depth last year.