By 2020 the government will have borrowed more than all Labour governments put together.

That’s true if you add up borrowing under Labour governments since 1945, whether or not you adjust for inflation. But it isn’t a fair comparison because the UK economy and the government have both got bigger.

"By 2020 [the government] will have borrowed more and increased the national debt by the total borrowing of all Labour governments."

This is correct in one sense, but it’s not a fair comparison.

It’s right if you add up the expected budget deficit from 2010 to 2020, including both the Coalition and the Conservative government.

That comes to some £870 billion. This is well over the combined borrowing of Labour governments since 1945, around £490 billion. 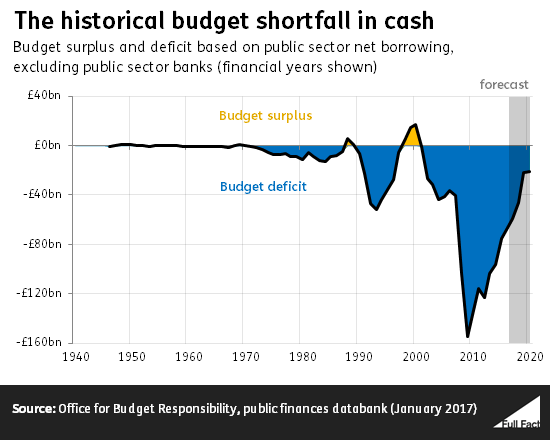 Recent government borrowing is also higher if you take price inflation into account, though the difference is smaller.

The first is that borrowing has been historically high in recent years following the financial crisis in the late noughties, when Labour was still in office. Borrowing rose from £40 billion in 2007/08 to a peak of £155 billion in 2009/10.

A new government can’t wipe out that level of borrowing overnight, nor would it necessarily want to. You can argue the deficit should or could have come down quicker anyway, but simple arithmetic like this clearly doesn’t give you the whole story.

Secondly, the economy is much bigger now than it used to be. Once you look at all these figures compared to the size of the UK economy, the picture is different. 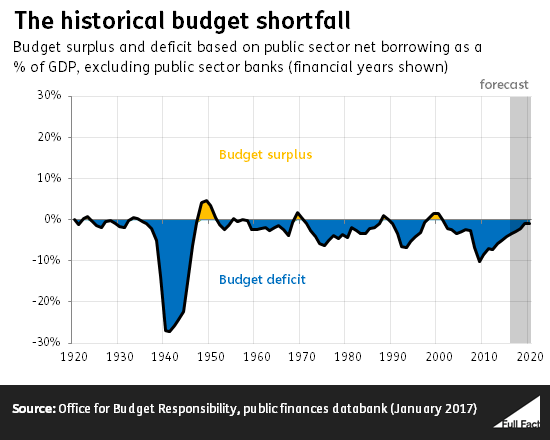 Borrowing peaked at about 10% of the size of the economy (GDP) in 2009/10, and it’s now down to about 3.5%. That’s a relatively large deficit, but not off the scale historically.