Last year, the government spent about £753 billion in total.

That’s roughly 40% of all the money spent in the UK.

It’s a roughly average proportion for the government to spend in a developed country.

35% goes towards social protection services and financial assistance that go towards people at risk of hardship, so just over a third.

11% is spent on education, so about a ninth. 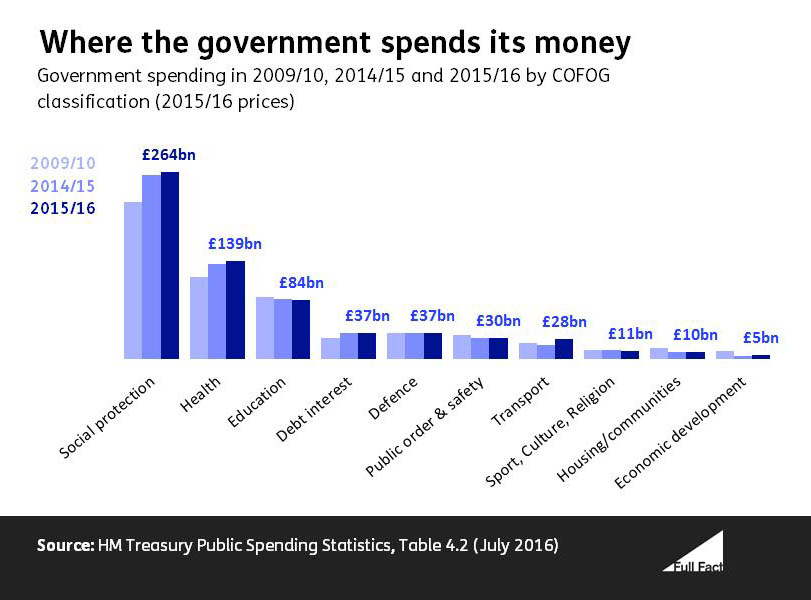 The Treasury divides its spending into two broad categories.

The government has complete control over how it divides its budget between departments and sets Department Expenditure Limits.

The government has part control over things like welfare spending, tax credits and public sector pensions. These make up Annually Managed Expenditure. It’s hard to predict exactly who will need these kinds of support each year, so annual spending can’t be controlled completely.

The government can influence the amount spent under Annually Managed Expenditure by changing the rules that govern spending. For example, it can change the rules on who can claim benefits.