Economy introductions: income tax and who pays it

About 30 million people in the UK pay income tax, but who pays what overall?

Households with lower incomes end up paying a larger proportion of their income in indirect taxes like VAT, and are asked for a smaller proportion in income tax.

For richer households, the opposite is true. Because they earn more, they’re hit less hard by indirect taxes like VAT that apply to everyone in the same way. But they also pay a higher proportion of their income in income tax. This means that overall, the highest earning fifth pay a roughly average rate of tax, about 34% of their income. 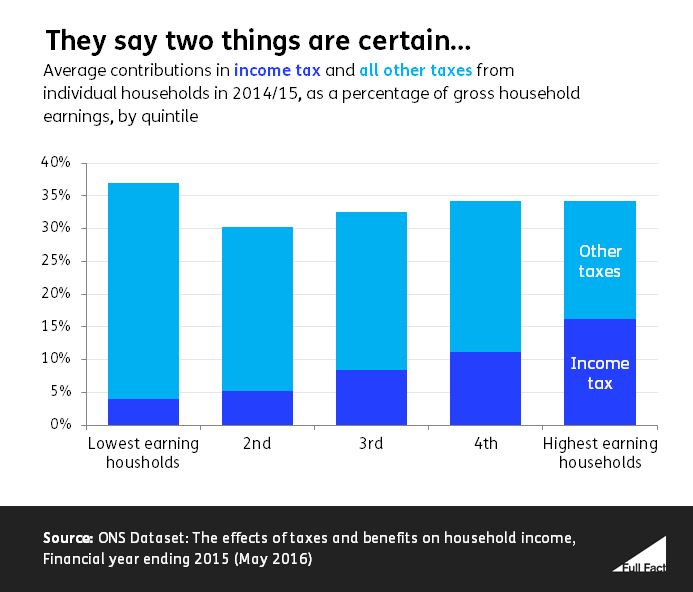 For most people, the first £11,000 they earn is their personal allowance and would be tax free. After that they pay the basic rate of 20p in tax on every pound they earn up to £43,000. Then they pay 40p of every pound they earn between that and £150,000, which is called the higher rate. And they pay 45p for every pound earned above this, at the additional rate. Broadly speaking, it’s the highest earning 1% who pay this rate.

There is no tax free personal allowance for those who earn over £122,000.

The amount different people pay can change when the government changes the rates for different tax bands — making people pay more or less in the pound — or it changes the threshold for tax bands, so people start paying a bigger tax rate at a lower or higher income.

Otherwise, people move into different tax bands because their incomes change. People might move into different bands as the economy passes in or out of a recession. Over time, one effect of inflation is to steadily increase the number of people paying higher rates. 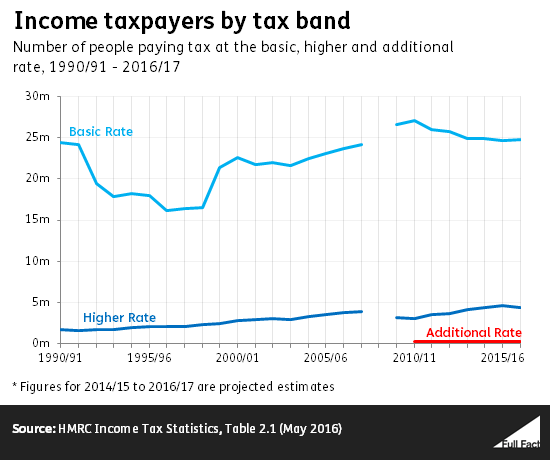