Has long-term youth employment 'doubled' since the election?

Nick Clegg: "Youth unemployment is lower now than when we came into office."

Deputy Prime Minister Nick Clegg stood in for David Cameron at today's PMQs, and faced criticism from his Labour counterpart on the Coalition's unemployment record.

Up but coming down

There's clear evidence from the JSA figures that long-term claimants are falling in number after peaking in 2012. In particular the number of young people claiming between six and 12 months has fallen since the election, which may well have a downward impact on the future numbers claiming for over a year. 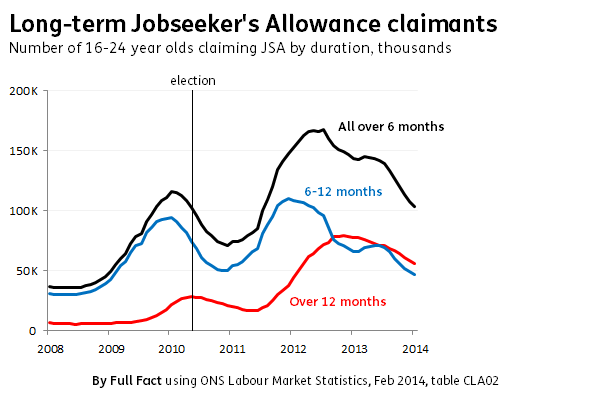 Survey figures for youth unemployment show a similar rise since the election: 29,000 more have been out of work for over six months and 48,000 for more than a year. This isn't yet falling markedly. 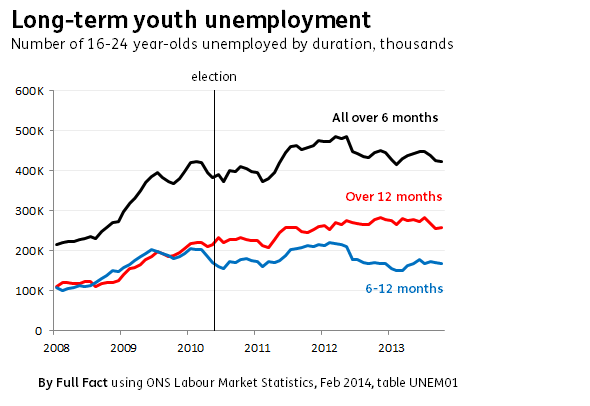