The pound isn’t at its highest level in two years

This is wrong. The pound saw its biggest one-day rise against the dollar since 2008, but it’s still below the rates it has been at in recent years.

The claim about the pound’s rise is wrong, and Ms Dorries has, with commendable speed, corrected what she said via Twitter:

The rise did follow a fall in the pound earlier this week, after details of Mrs May’s speech emerged over the weekend.

Why did the pound jump after the speech? “Clarity”, suggests the Financial Times. It says yesterday’s speech offered more certainty about the kind of Brexit the UK is aiming for, and investors like certainty.

Saying the pound saw its biggest rise in years is very different from saying it rose to its highest level in years. A pound at $1.24 is still well below the levels it’s seen in recent years. 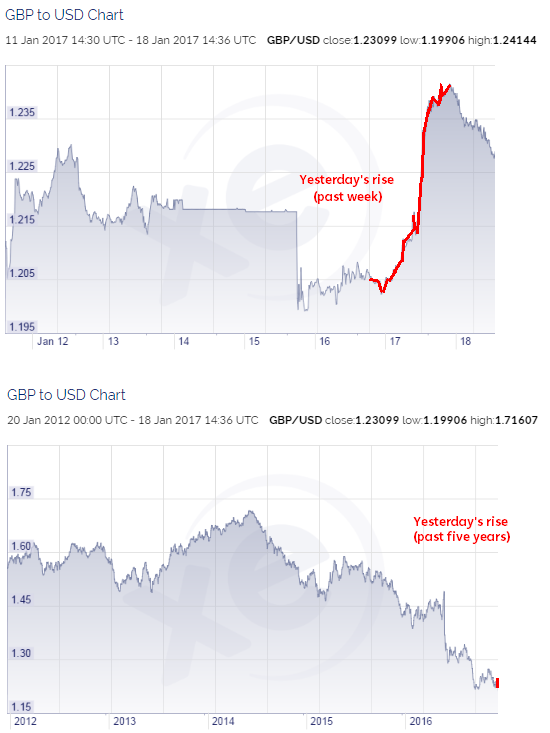 Ms Dorries is right that the share index of the 100 biggest companies on the London Stock Exchange is up today. But it fell yesterday when Mrs May made her speech.

What’s more, the FTSE 100 tends to rise when the pound weakens, since many of the companies are multinationals that earn their profits in dollars abroad. If the value of the dollar goes up compared to pounds, their profits increase and the firms become more valuable to investors.