Tax: evasion and avoidance in the UK

This is wrong, according to the estimates it's using. HMRC estimates that £2.7 billion was lost through tax avoidance and £4.4 billion through tax evasion in 2013/14. £34 billion is the total value of tax that goes uncollected.

“HMRC estimates that illegal tax evasion and legal tax avoidance together cost the government about £34 billion a year”.

The claim is wrong, according to the estimates it's using.

Overall, it estimates about £34 billion in taxes goes uncollected each year. But not all of it is because of tax evasion and tax avoidance.

And the emphasis should be on the word estimates. HMRC doesn’t know exactly how much it misses out on through tax avoidance and tax evasion—that’s one reason it can’t collect all of it. Instead, it has to make estimates by doing things like investigating randomly selected tax payers, or looking at how many taxable products have been bought and comparing that to the tax it’s actually collecting.

So there’s a lot of uncertainty in these figures and they get revised from year-to-year.  The most recent estimates were published in 2015 for the 2013-14 tax year.

Other people have argued that the scale of tax avoidance and tax evasion in the UK is higher than HMRC suggest. We're only going to look at the set of figures published by HMRC in this factcheck, since they're the ones the claim was based on. 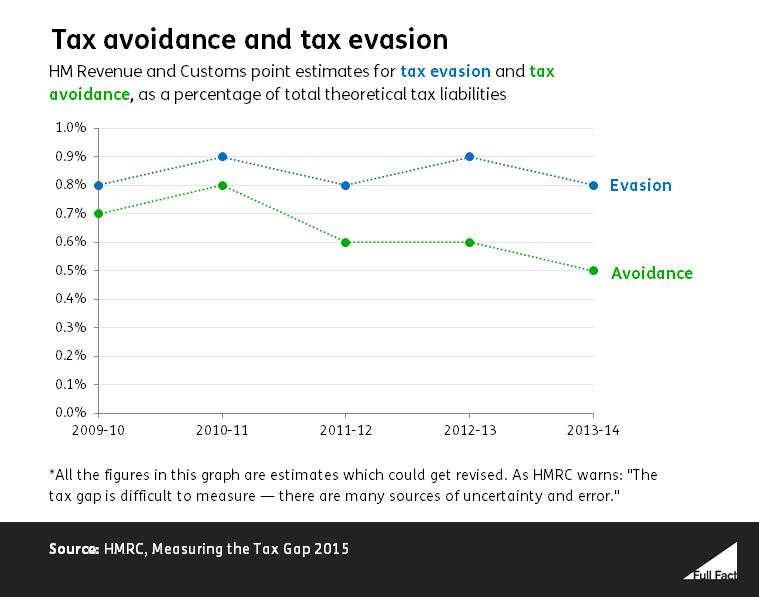 The overall difference between what HMRC thinks it’s owed in theory and what it actually collects is called the ‘tax gap’.

It includes a number of things as well as evasion and avoidance. HMRC estimates that in 2013/14, differences in legal interpretation cost it £4.9 billion; unregistered paid work cost it £6.2 billion; organised criminal attacks cost it £5.1 billion; non-payment cost it £4.1 billion; the failure of people to take reasonable care with their tax returns cost it £3.9 billion; and honest errors cost it £2.6 billion. 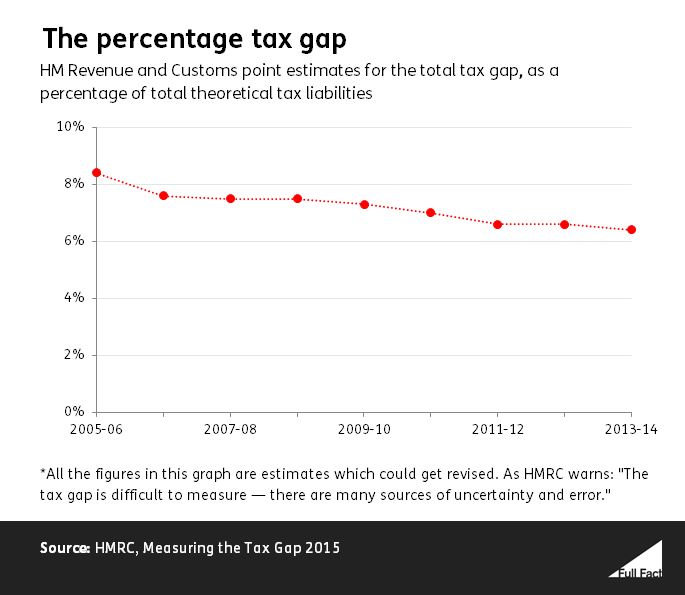 HMRC estimates that the overall tax gap varies by about £1 billion a year. 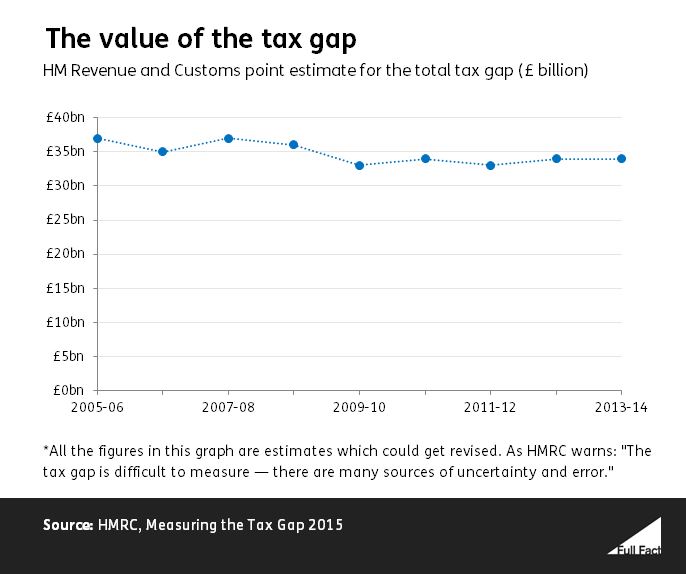 We originally said that "Over the last five years, HMRC estimate that proportion of tax lost through tax avoidance has stayed roughly the same, whilst the proportion lost through tax evasion appears to be falling." This should have said that tax evasion has stayed the same, while tax avoidance has been falling, as was shown in our graph. We have now corrected this.