Tax giveaways and takeaways since 2010

When the Chancellor presents Budgets, Autumn or Spring Statements, he announces the government’s plans for taxes, benefits, and spending.

Using the Office for Budget Responsibility’s (OBR) policy measures database, we can look at whether changes in the policy for different taxes will result in a tax giveaway (a decrease in the amount raised through taxes, and more money for taxpayers) or a takeaway (vice-versa).

In this piece we look at the tax policies announced over the last eight years, and the direct impact they are projected to have on the amount of tax collected in 2022/23, which is as far ahead as the OBR are currently projecting.

The Institute for Fiscal Studies (IFS) describes the increase in VAT announced in 2010 as the Coalition’s “single biggest tax change”. The second budget of 2015, and the Autumn statement that year, have also had large impacts. 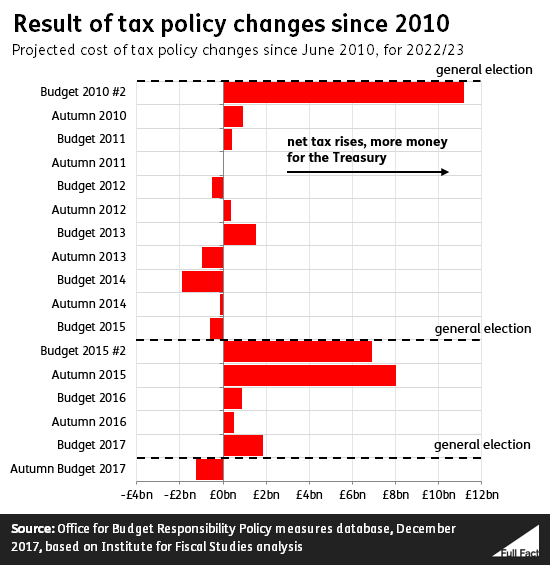 Income Tax, National Insurance and VAT make up the largest proportions of taxes collected. Altogether they accounted for around three quarters of all tax receipts in 2016/17. According to the IFS smaller taxes have increased in importance in the last few years. In 2016/17, around £570 billion in taxes was collected. 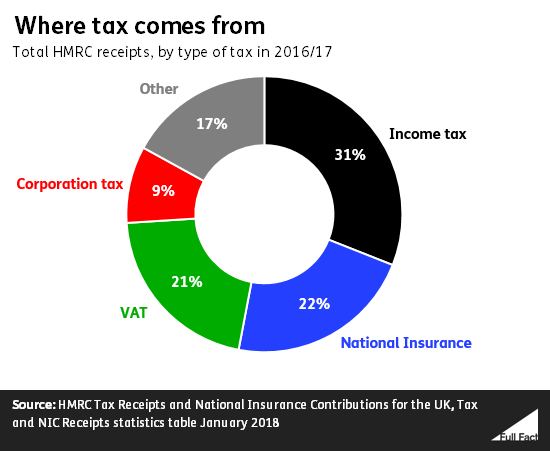 But how have different budget announcements affected some of the biggest taxes, and what is the impact overall?

Policies since 2010 have led to an income tax giveaway overall, based on the projected impact by 2022/23.

In 2014 and 2016, increases to the personal allowance were announced which reduced the amount of tax the Treasury is expected to collect. This is partially offset by reforms in the second budget of 2015 to the way dividends paid on company shares are taxed. 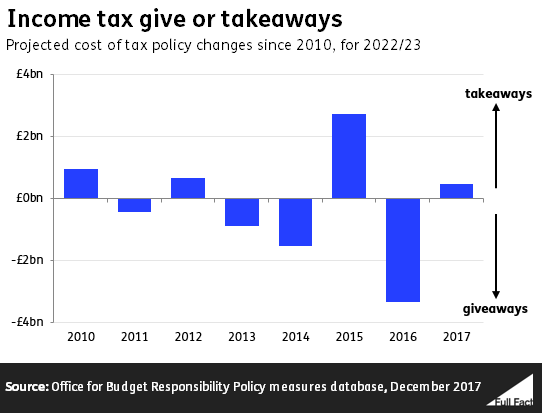 Overall, the proportion of adults in the UK paying income tax has fallen since 2010/11, according to the IFS.

The Coalition and Conservative governments’ tax changes have resulted in a tax takeaway overall for national insurance.

In 2010, the government announced that the threshold for employers’ National Insurance Contributions would be increased, meaning that employers would have to pay it.

This led to a tax giveaway, but policies in the following years offset this.

In the 2011 budget, the Government announced that increases in direct taxes would be linked to the CPI instead of RPI. The OBR expect this to increase taxes collected by 2022/23.

And measures announced in the Autumn budget of 2013 increased the amount the OBR expect to be collected in tax. 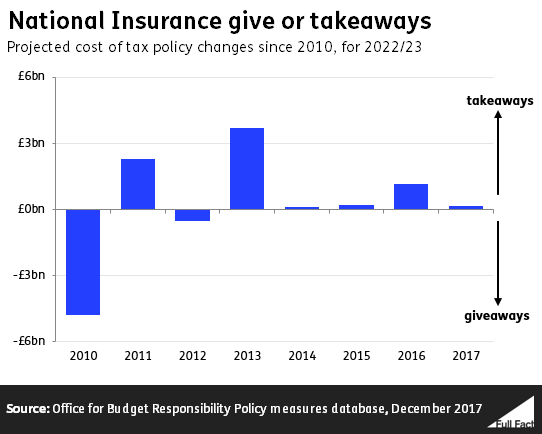 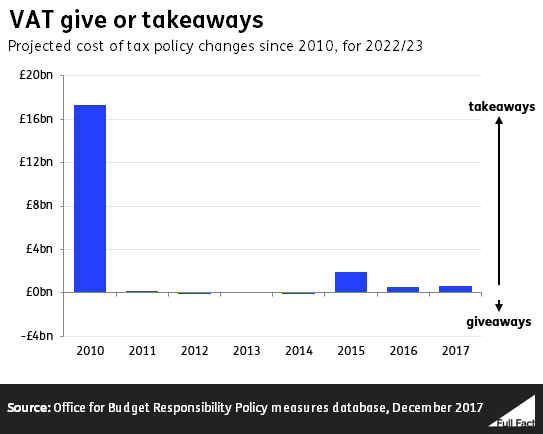 Looking at changes made to corporation tax, giveaways to companies in the years following 2010 were offset by large takeaways in more recent years.

In 2010, 2011, and 2015, it was announced that corporation tax rates were to be reduced. In the 2016 budget, the Government confirmed plans to make the largest and most profitable companies pay tax closer to the time they make the profit, but to defer it for two years. In 2022/23, it is expected to increase the amount of corporation tax the government receives. 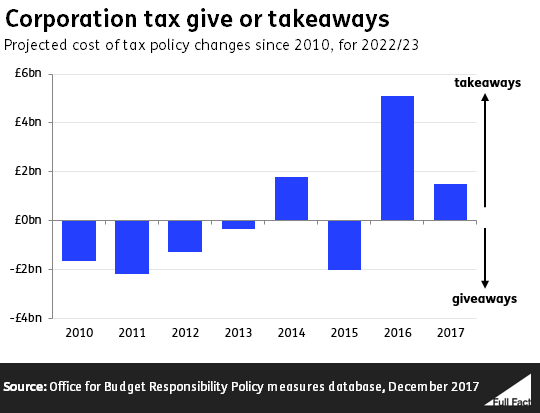 Changes since 2010 have always been giveaways on the whole, due mainly to constant freezes to fuel duties. Without them, rates would increase automatically each year. 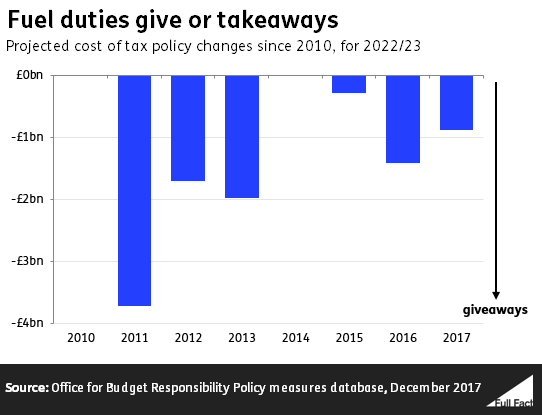 Overall, the government is expected to receive more tax receipts from stamp duty in 2022/23 as a result of policy changes since 2010.

In the Autumn 2014 budget, a new marginal rate system was introduced, expected to reduce stamp duty.

In the Autumn Statement in 2015, higher rates were introduced on second homes and other additional properties. And in 2016, stamp duty on non-residential property was reformed, increasing the amount of stamp duty expected to be collected.

These increases were partially offset by the Government’s decision to abolish stamp duty for first-time buyers up to a value of £300,000, in the Autumn 2017 budget. This was expected to reduce the amount of tax collected and create around 3,500 first-time buyers. 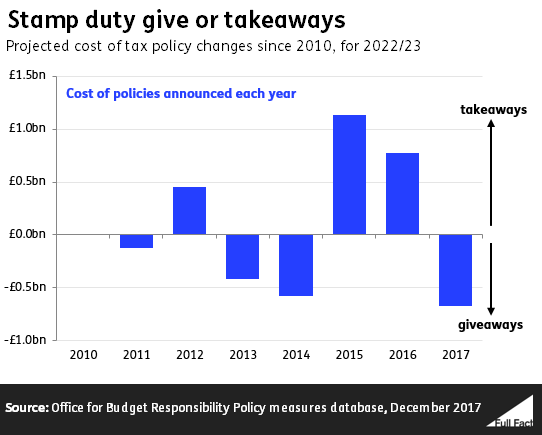