Trading places: Who are the UK and Germany’s biggest trade partners?

Correct, Germany exported €111 billion worth of goods and services to the USA in 2017.

Incorrect. In 2017 France was Germany’s second largest export market, and China was third.

We exported around £33 billion more from the USA than we imported from it in 2016. 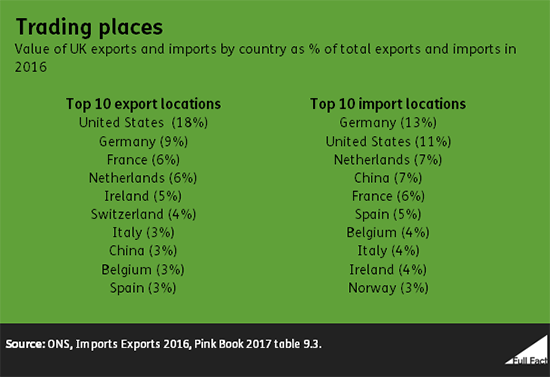