The UK's deficit is one of the highest in the developed world.

The UK's deficit is one of the highest among developed countries in the OECD, although it's difficult to get comparable figures that are all up-to-date for different countries.

"The deficit is less than half what it was, but at just under 5% it is still one of the highest in the developed world"—George Osborne, Chancellor of the Exchequer, 20 May 2015

Latest figures forecast the UK to have a budget deficit of 3.7% of its GDP by 2015/16, down from 4.9% in 2014/15. The UK's deficit is one of the highest among developed countries in the OECD, although it's difficult to get comparable figures that are all up-to-date for different countries.

The deficit measures how much the government is borrowing—to find out more see our guide to the deficit.

Most countries' budgets are in deficit, according to the International Monetary Fund which collates deficit statistics from around the world by calendar year. The UK ranks as the country with the 2nd highest deficit within the 34 OECD countries, but is forecast to fall down the league table in the coming years. 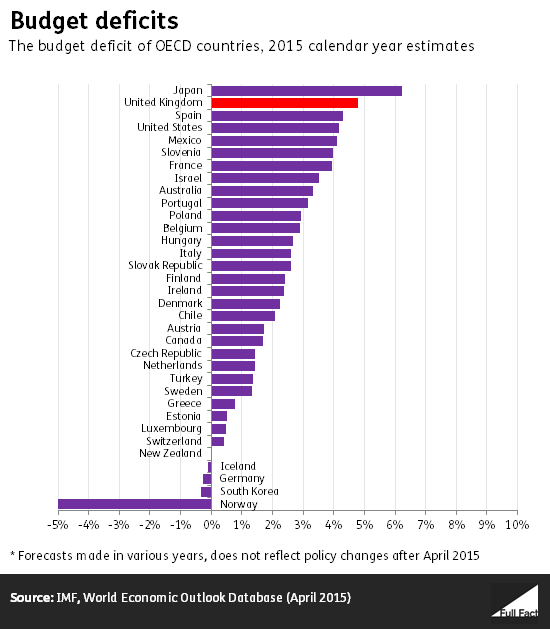 However, the countries' figures aren't completely comparable and out-of-date UK data is used within the dataset. The reference points differ—some countries most recent data is as of 2013 and some is of 2014.

Financial forecasts can also change at short notice, as we saw with the UK's recent Summer Budget when pre-Budget and post-Budget forecasts show the deficit moving into surplus one year later than previously projected. 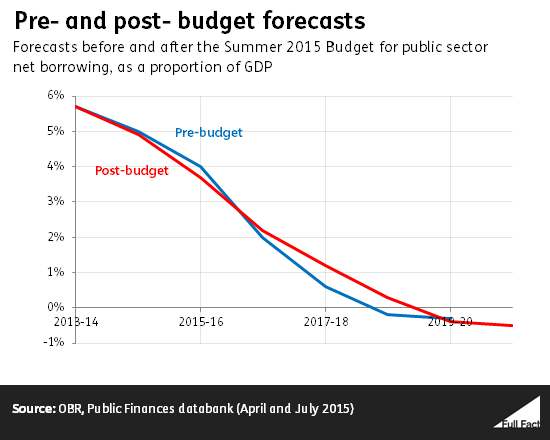