There are fewer good schools in the Midlands and North of England compared to the South.

That’s correct according to Ofsted ratings. There’s a small North-South divide in the percentage of primary schools rated “good” or “outstanding”, and a significant one when it comes to secondary schools.

“If you live in the Midlands or the North, you have less chance of attending a good school than children in the South.”

This is correct according to school inspectors Ofsted. There’s only a slight difference for primary schools but a significant one when it comes to secondary schools.

For primary schools, the equivalent figures are 89% for the North and Midlands, and 90% for the South. 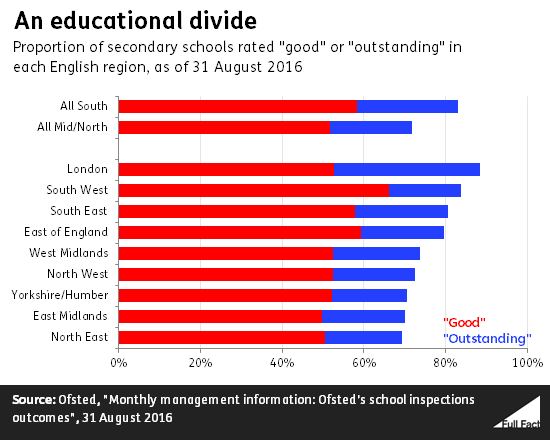