This claim about the UK's EU contribution is correct, but meaningless

Broadly correct. Since 2000 the UK has made a net contribution in cash terms of £109 billion. That’s £122 billion in real terms.

The UK gives the EU £12 billion per year.

Incorrect. Last year the UK made a net contribution of up to £9 billion (not counting any money that goes to the UK private sector).

The UK’s net EU contribution is larger than 26 EU nations combined (all but Germany).

Technically correct, but this statistic is meaningless. In 2017 the UK’s net contribution to the EU was 18% of all net contributors.

Theresa May has agreed a £39 billion Brexit bill with the EU.

The UK government has agreed to a Brexit bill in principle, though an exact amount hasn’t been confirmed. The latest estimates suggest it will be around £35-39 billion.

“The UK’s net EU contribution is larger than 26 EU nations combined (all but Germany).” 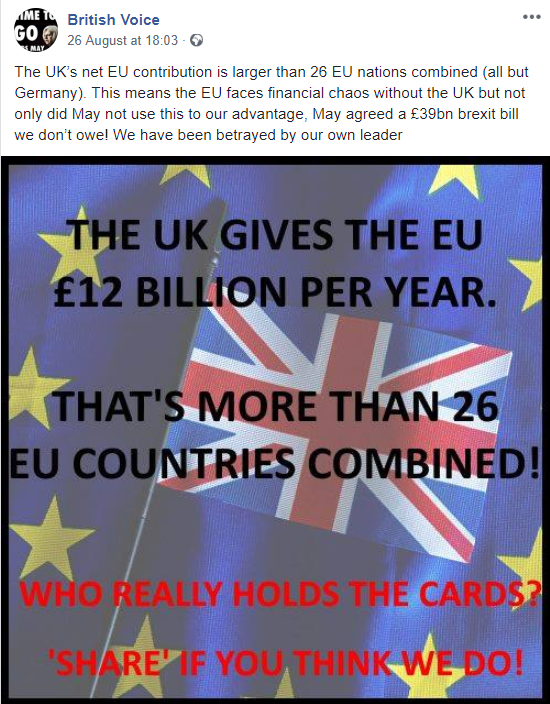 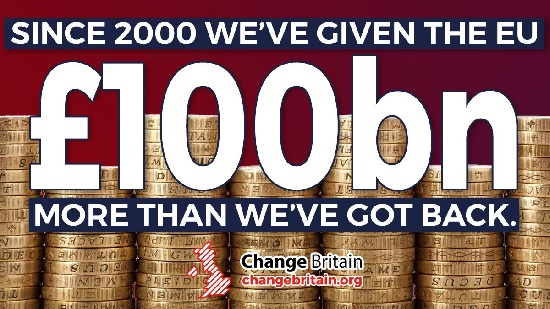 The UK is a net contributor to the EU budget, meaning it contributes more than it gets back.

From 2000 to 2017 the UK government made a net contribution of around £122 billion to the EU in real terms or around £109 billion in cash terms (though this doesn’t factor in money that goes back to the UK private sector).

The figure of £12 billion however is incorrect. Last year our contribution  was £9 billion.

Looking at the net contributors, the UK’s contribution made up about 18% of all positive contributions to the EU budget.

How much has the UK given to the EU?

This is calculated by looking at the money the UK pays into the EU budget, including the rebate or discount that we get on that payment, and subtracting the money that comes back to the UK public sector again from the EU.

It doesn’t include money that the EU pays directly to the UK private sector.

If you factor that in, Britain’s given the EU £65 billion in 2017 prices. Some of the money the UK contributes to the EU budget also goes towards our spending targets, for example on overseas aid. 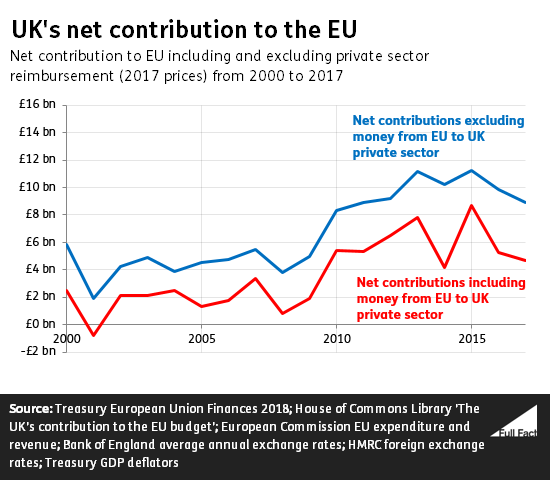 We’ve written more about the UK’s EU membership fee here and looked at what will happen after Brexit here.

It’s incorrect that the UK gives the EU a net contribution of £12 billion a year. Last year it was £9 billion (not counting any money going from the EU to the UK private sector).

The highest the net contribution has ever been was around £11 billion which was in 2013 and 2015, once you account for inflation.

As part of the Brexit negotiations the EU and Britain have agreed that Britain will pay a “divorce bill” to cover the UK’s contributions to the EU budget up to 2020 and outstanding commitments and liabilities.

The bill is estimated to be £35-39 billion, although the final value may change.  You can read more about the divorce bill here.

How does the UK’s contribution compare to other countries?

It’s technically correct that the UK makes a bigger net contribution to the EU than all other countries (except Germany) put together, but that statistic doesn’t actually mean very much. 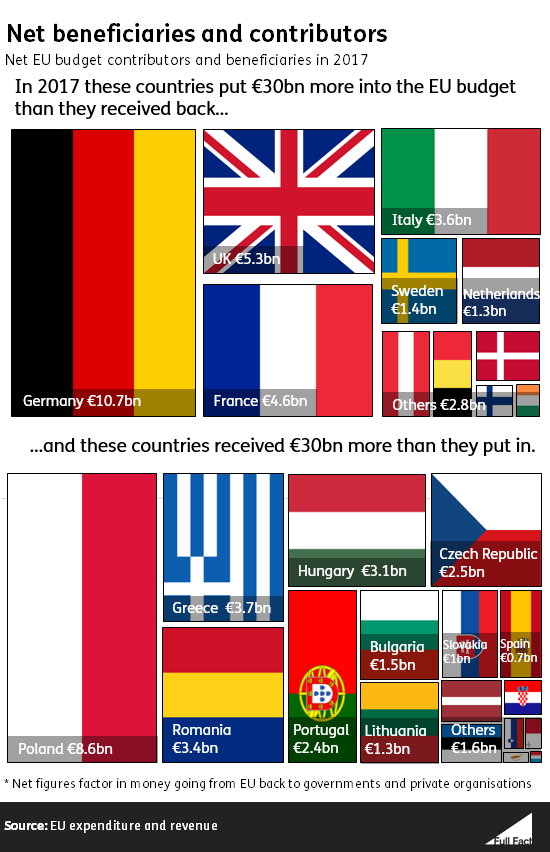 To work out how important the UK is to the EU budget, you need to look only at the countries that give more to the budget than they receive back.

This article originally attributed the claim that the UK gives £12 billion a year to the EU to Change Britain, not British Voice.