The European Arrest Warrant does allow the government to remove criminals from the UK to other EU countries, but a similar arrangement might be negotiated if we voted to leave. 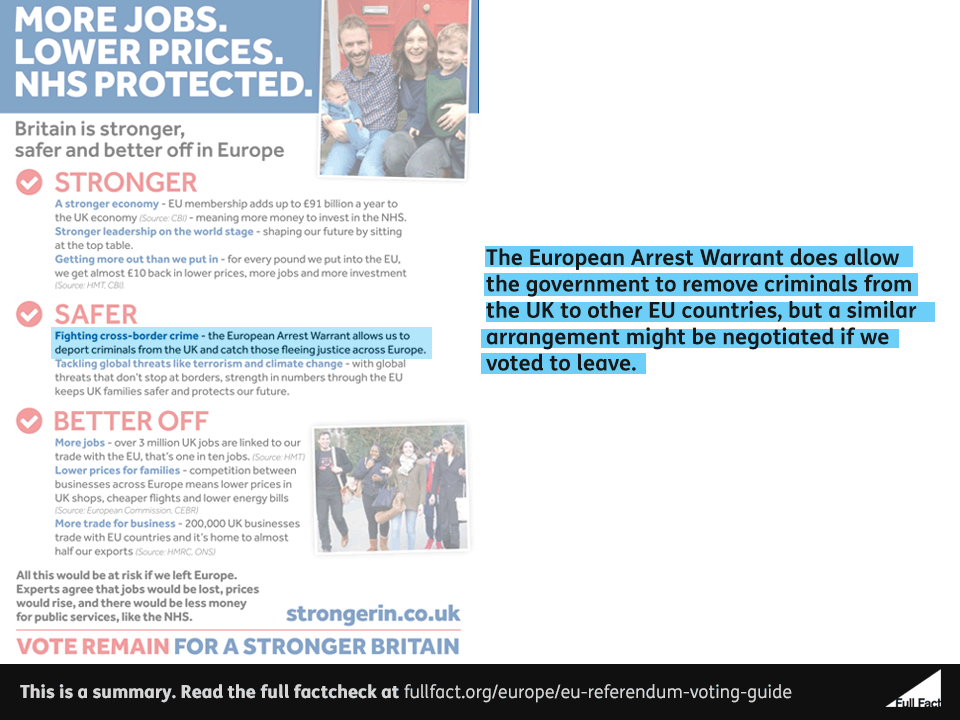 The European Arrest Warrant (EAW) allows a criminal or criminal suspect to be extradited from one EU member country to another. It can be used when someone is being prosecuted for an offence that carries a custodial sentence of at least one year, or has been sentenced to imprisonment or detention for at least four months.

In some cases the EAW does not apply if a suspect is in a country which doesn’t recognise the crime they are charged with.

The EAW doesn’t apply to non-EU member countries. However, other non-EU member states, such as Norway have negotiated similar arrangements (although they’re not yet in force).

We changed the word "deport" to "remove" in our conclusion, to make clear that the process under a European Arrest Warrant is separate to that of deportation.