Tackling global threats like terrorism and climate change — with global threats that don't stop at borders, strength in numbers through the EU keeps UK families safer and protects our future

The EU has worked on these issues. Whether working as a group rather than individually keeps the UK safer is a matter of judgement. 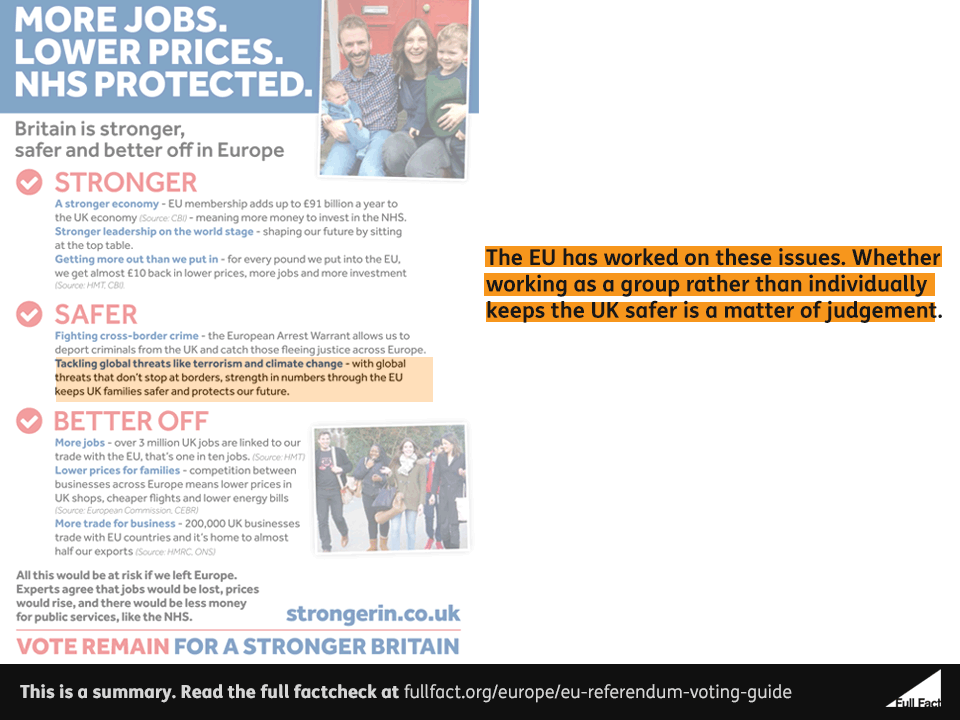 Whether being in the EU makes the UK safer is a matter of judgement.

The UK has worked together with other EU countries on global issues such as terrorism and climate change.

The EU hasn’t worked alone on these actions. On counter-terrorism it works with countries in the Middle East and North Africa for example, as well as Asia, and on climate change it was part of the ‘High Ambition Coalition’ of over 100 countries which came through towards the end of the Paris Climate Change conference to push for a more ambitious agreement than had been the case.