The UK already sits on many international “top tables” individually, as do representatives of the EU as a whole. 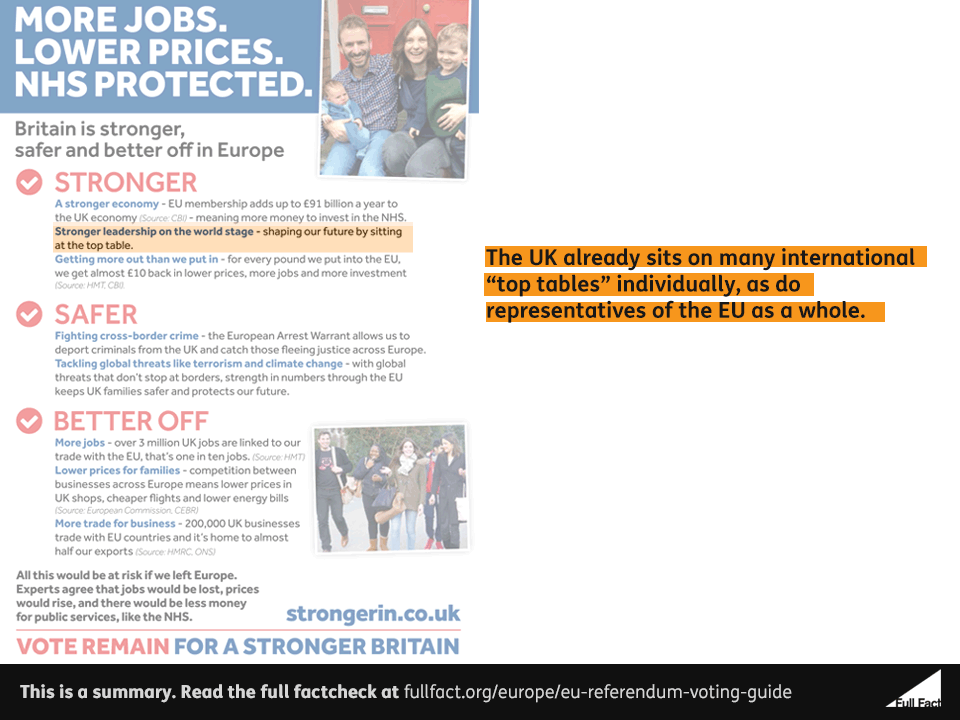 The picture of the UK and EU’s international roles is much more mixed than either Vote Leave or Stronger In suggest in these leaflets.

There are, if you like, multiple “top tables” on the “world stage”. A recent report by MPs in the Foreign Affairs Committee mentions NATO, the UN Security Council, the Commonwealth, the G8 group, the G20 group, the OECD, the Council of Europe and the World Trade Organisation as examples of key international bodies.

The UK is an individual member of all these organisations. The EU is also represented, in one way or another, at many of them.

Its role varies. At the World Trade Organisation, the European Commission “speaks for all EU member States at almost all WTO meetings”, meaning the UK doesn’t represent itself independently. In others, the EU sits alongside the UK.

The EU “participates as an equal” at the G8, according to the American Council on Foreign Relations think tank. At the OECD it doesn’t have voting rights, but the OECD says that “the European Commission’s participation goes well beyond that of an observer”.