Experts agree that jobs would be lost

The latest minutes from the Monetary Policy Committee at the Bank of England do warn that some jobs might be lost, at least in the short term. This is in line with what other economists have said about the impact on the economy of leaving the EU.

More jobs — over 3 million jobs are linked to our trade with the EU, that's one in ten jobs (Source: HMT) 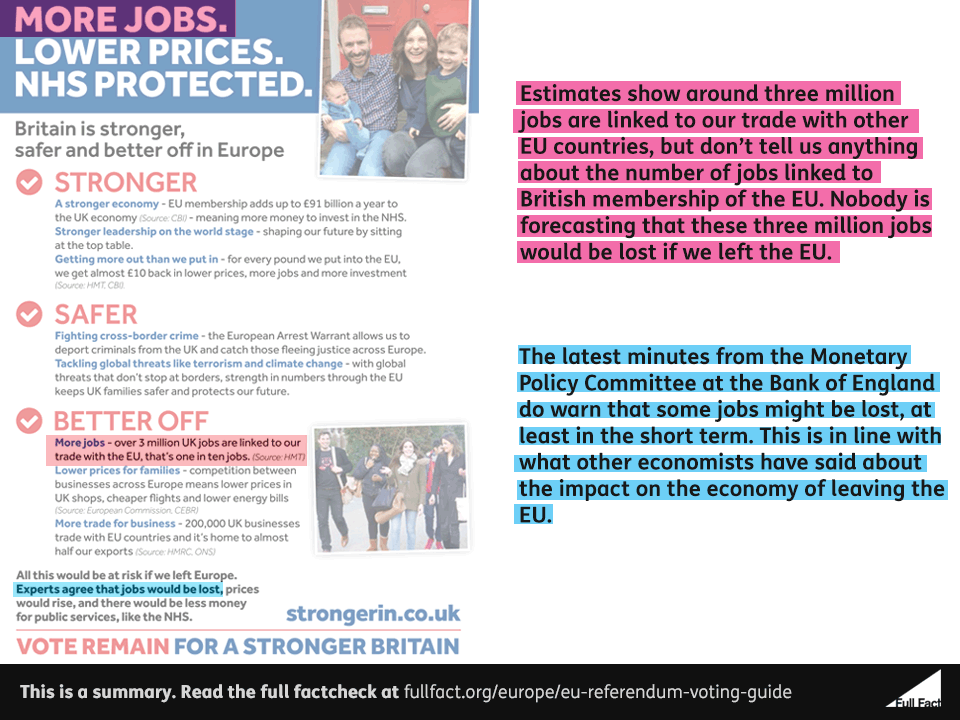 This could mean unemployment rises by up to 1.7% in the short term, according to modelling done by the National Institute of Economic and Social Research, if you accept the assumptions made in the model. That’s in the region of 30,000 people, about the same number who are estimated to have entered work in the last few months.