When the five new countries in the process of joining the EU join, they will have the same rights as other members.

They would end up with the same rights. There might be some restrictions on workers from new countries at first.

Five more countries are in the process of joining, including Turkey.

Correct. The UK has a veto, but officially supports Turkey joining.

There are now 28 member states of the EU, the most recent being Romania, Bulgaria and Croatia.

Correct, there are now 28 member states of the EU.

When we joined the EU, there were 9 member states.

There were 9 member states when we joined. 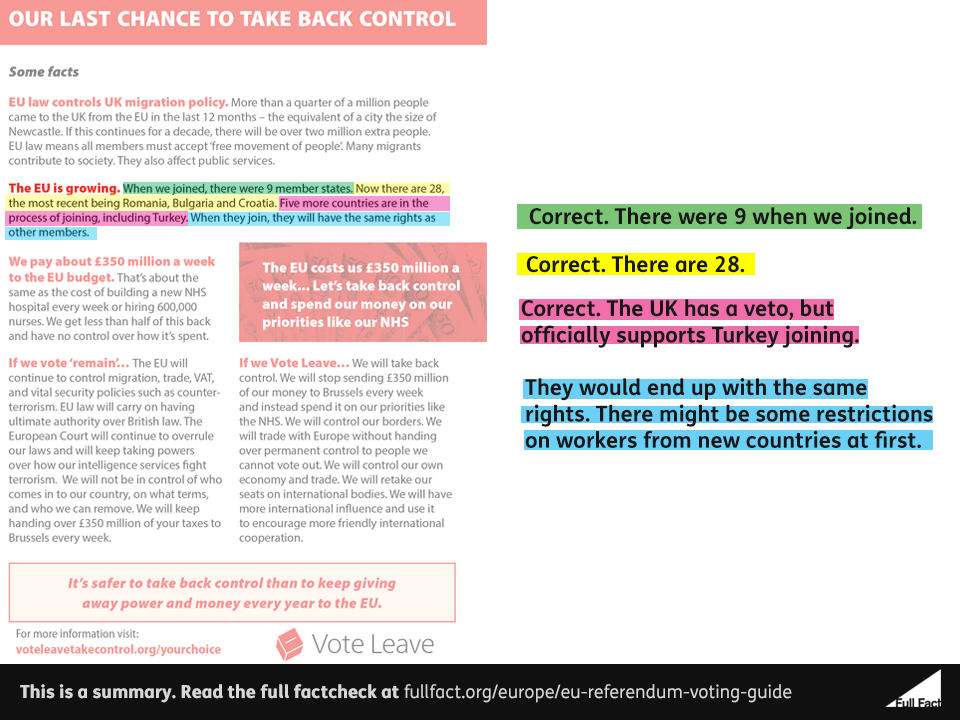 For any country to join requires the unanimous agreement of all existing members—both in the EU’s Council, and by signing off on a treaty with the new member.

So the UK has a veto over any of the candidate countries joining but it is government policy to support the accession of Turkey.