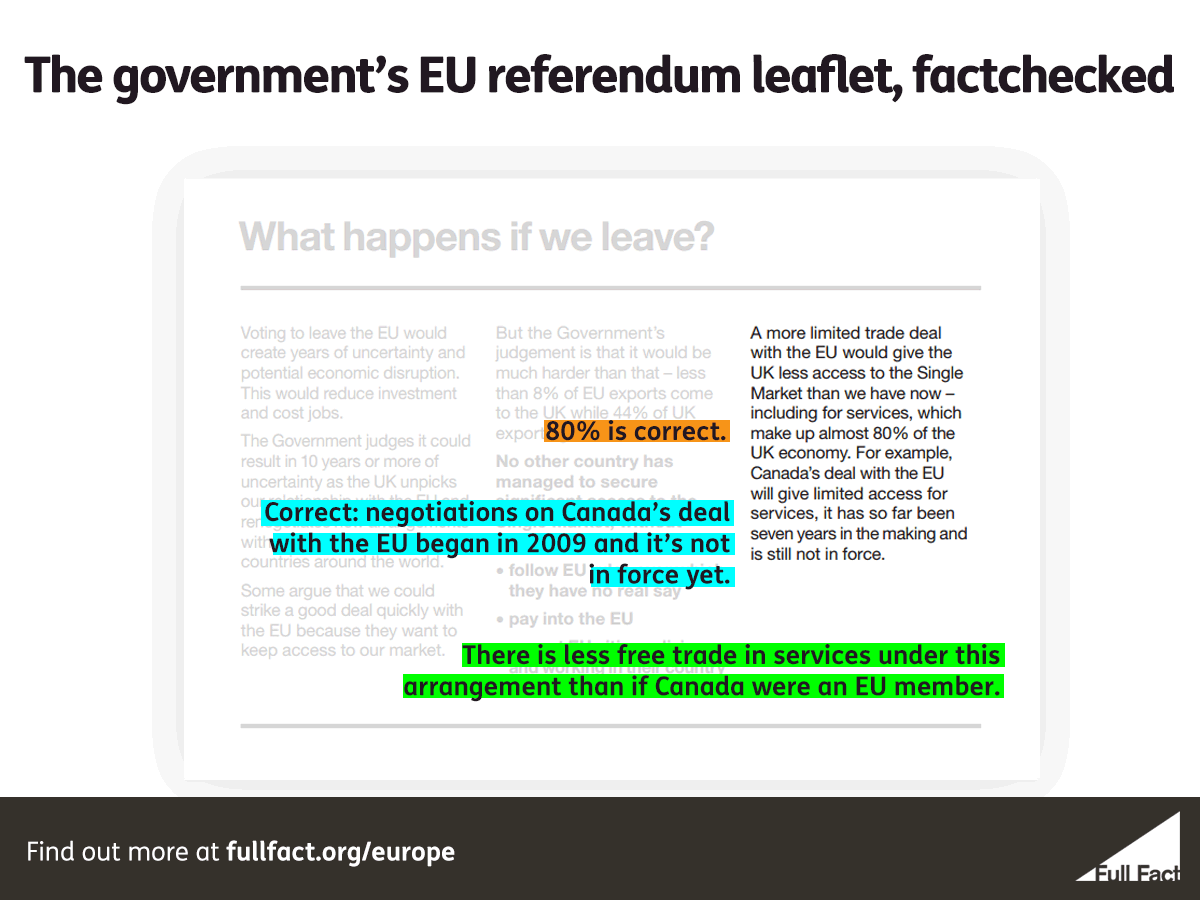 It’s correct that the UK economy is around 80% services, so being able to sell services to the EU if we left would be particularly important to the UK.

Negotiations on Canada’s deal with the EU were announced in May 2009, although the EU says they were completed in 2014.

It’s correct that the deal hasn’t been signed or brought into force yet, as there have been legal technicalities to iron out, and it still needs to be approved by the EU’s Council, Parliament and perhaps each individual member country. The think tank Open Europe has looked at how long free trade deals typically take from start to finish.

The deal is perceived to allow for fairly free trade in goods, but less free trade in services than if Canada were an EU member. There are restrictions on airlines, TV and some areas of financial services.

Not being in the single market or having a Canada-style trade deal after leaving doesn’t mean that trade with the EU dries up entirely. The UK would fall back on World Trade Organisation rules.