The government's EU leaflet: cost of the EU 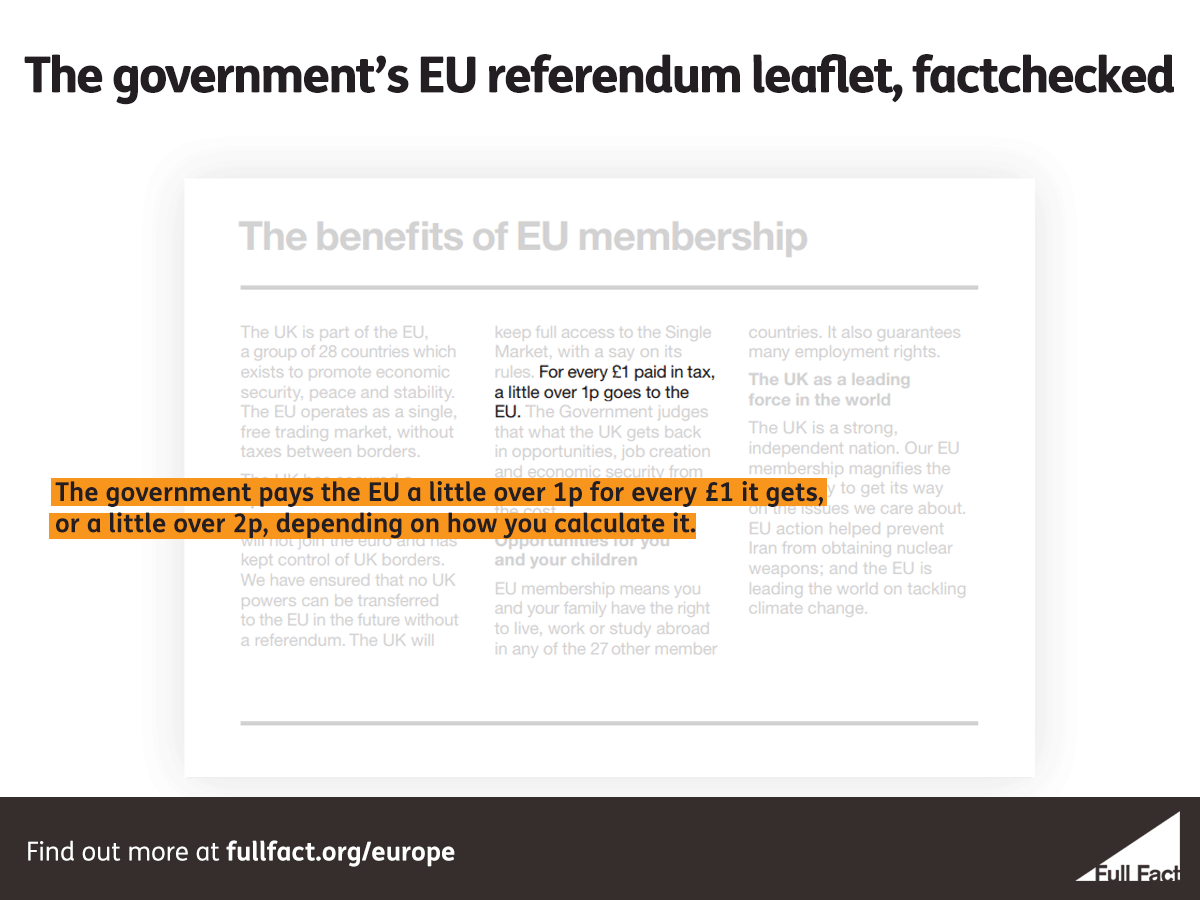 You can get a figure of just under 1p or just over 2p, depending on what you choose to count.

The way the leaflet describes it, it seems like they should have said 2p.

There are different numbers for the amount of money the government get every year, and for what it sends to the EU.

Here’s what they’ve done: if you take the money we pay into the EU budget, minus all the money that comes back as EU spending in the UK, you get the net contribution, which was about £7 billion a year on average between 2010 and 2014.

Then compare that £7 billion to all government income—not just taxes—over the same period, which averages just over £600 billion a year. You get just over 1p in every £1.

But if we take just what we pay in taxes, like the leaflet says, and look at what the UK sends to the EU before money comes back, it would be about 2p to the EU for every £1 in taxes in 2014/15.