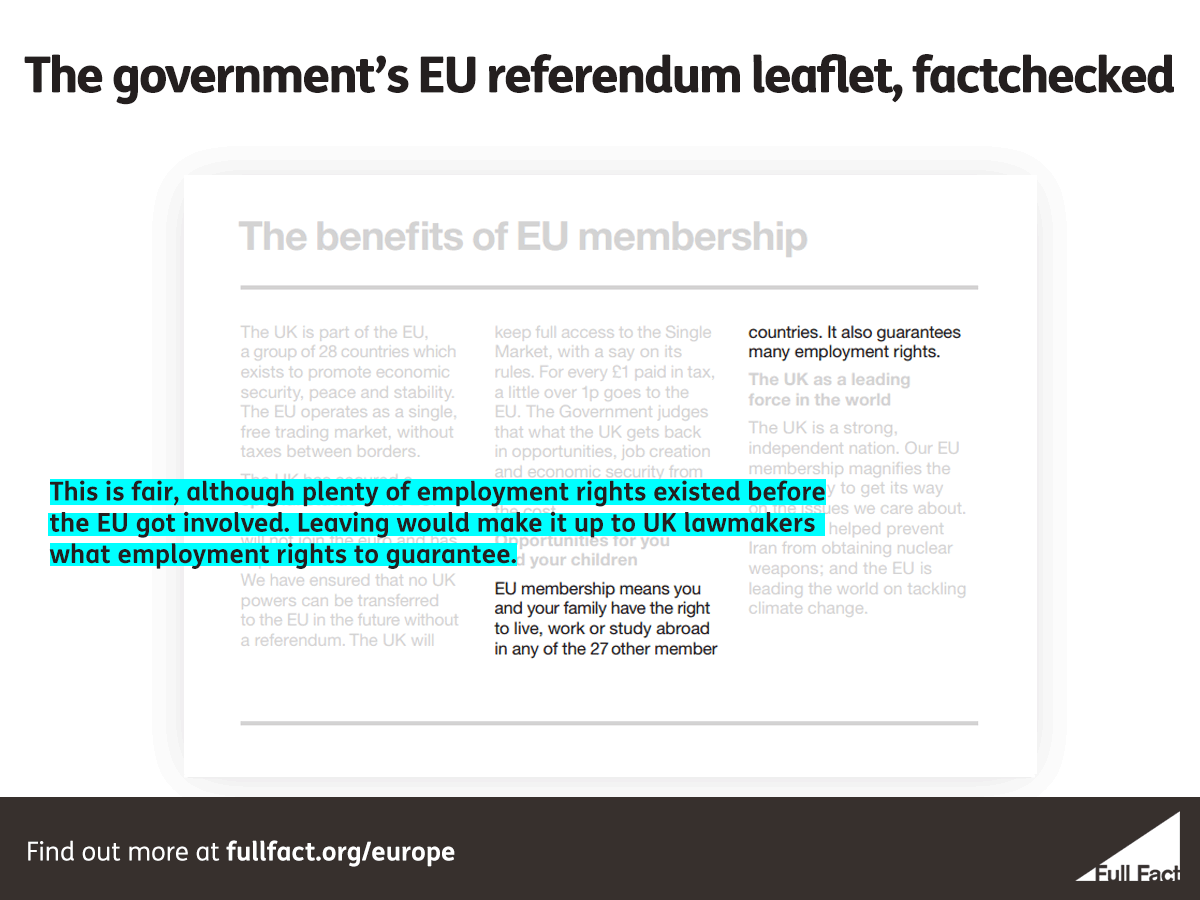 “EU membership means you and your family have the right to live, work or study abroad in any of the 27 other EU member countries. It also guarantees many employment rights.”

Free movement of people to live, work, and study anywhere in the EU is one of the EU’s “fundamental principles”, so that’s correct.

It also applies to countries like Norway that aren’t EU members but are in the single market, so whether leaving is the end of free movement remains to be seen. It's possible that the UK would attempt to negotiate the same arrangement as an alternative to EU membership.

A lot of employment rights are currently set in EU law, although there is plenty in place that was introduced before the EU got involved.

It would be up to the UK to decide whether rights that do come from EU law were kept in UK law if we left.

EU law overrides UK law, so in that sense the Working Time Directive, which is EU law, “guarantees” people in the UK the right to time off and limited working hours.

The EU also sets up rights for parental leave, equal opportunities for men and women, and for other areas.

UK law creates some employment rights that go further than EU law. For example, it guarantees the National Minimum Wage, which is not part of EU law.

EU law and UK law can both be changed, so neither is a permanent guarantee of any particular right. But guarantees affecting workers that are written into the EU's treaties, such as on equal pay, are hard to alter.

We added a sentence to the second paragraph to clarify why the point is relevant.