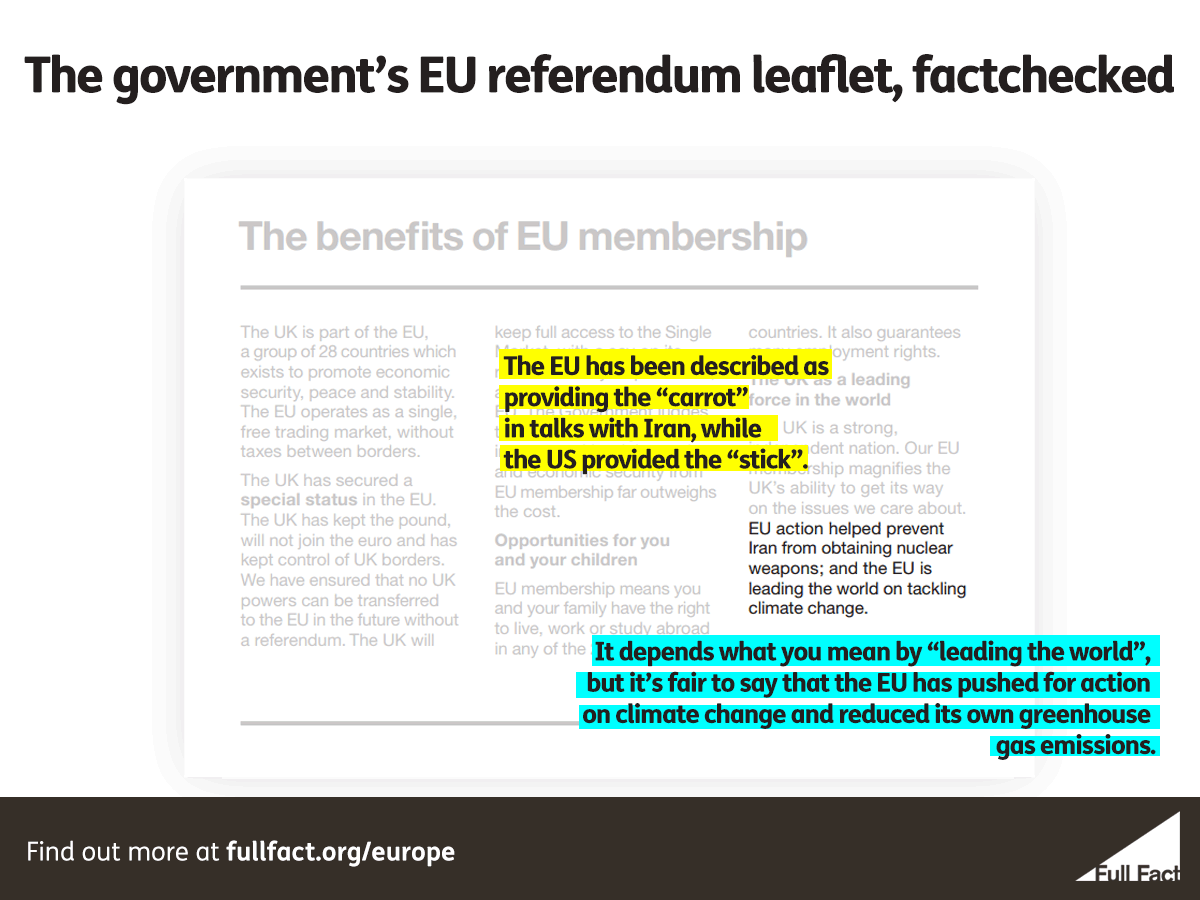 “EU action helped prevent Iran from obtaining nuclear weapons; and the EU is leading the world on tackling climate change."

It’s correct that the EU helped to reach a deal with Iran on its nuclear programme. It worked with the United States and the ‘P5+1’ group—China, France, Russia, the UK, the US and Germany—on the deal.

The House of Commons Library said in 2013 that the role of the European powers in encouraging dialogue with Iran was “essentially the ‘carrot’ to the ‘stick’ of unwaveringly tough US stance”.

It seems fair to say the EU has been among a number of countries to push for tough action on climate change. The EU was part of the ‘High Ambition Coalition’ of over 100 countries which came through towards the end of the Paris Climate Change conference to push for a more ambitious agreement than had been the case.

Whether this means it’s “leading the world” is a matter of judgement. The government’s leaflet points to an article written by academics in the Georgetown Journal referring to the EU as the “leadiator” during climate change deals in the run up to the Paris climate change conference, saying it was leading in initiatives to reduce emissions and mediating with other countries. But the article questioned the sustainability of this position.

The Library has also described the EU as being at the forefront of negotiations to reduce greenhouse gas emissions. Countries in the EU have reduced their total annual emissions by around 10% since 1992, and the proportion their emissions make up out of the world total has also fallen, according to its analysis.