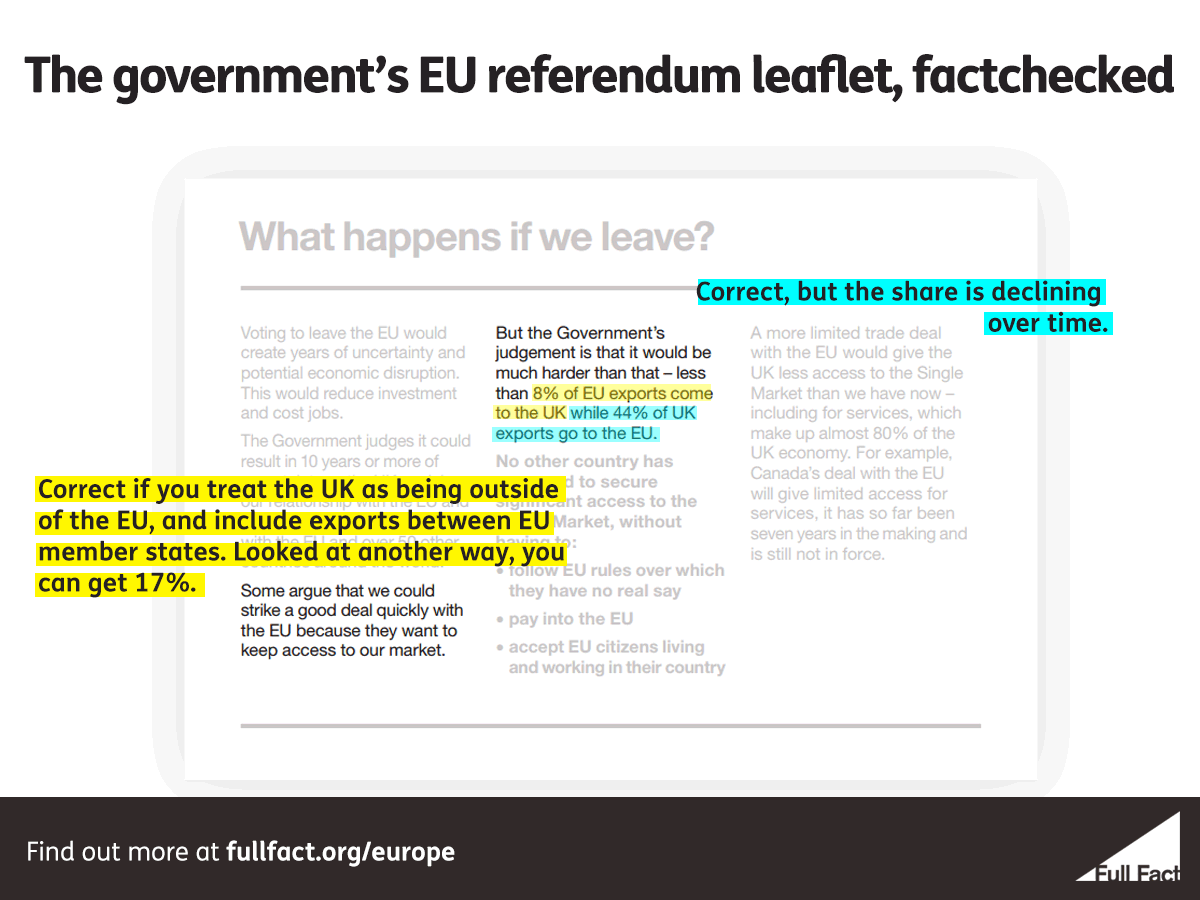 “Some argue that we could strike a good deal quickly with the EU because they want to keep access to our market. But the Government’s judgement is that it would be much harder than that—less than 8% of EU exports come to the UK while 44% of UK exports to go the EU.”

Whether the 8% is correct depends on how you treat exports from the EU. Looked at another way, you can get 17%.

The UK is estimated to make up just under 8% of total EU exports in 2014, according to Eurostat data. That treats the UK as being outside of the EU, and includes exports between EU member states.

If you treat the EU minus the UK as one block and look at who it exports to, the UK takes a 17% share of exports, compared to 83% to the world outside the EU.

Those figures count both exports in goods and services.

About 44% of UK exports in goods and services went to other countries in the EU in 2014.

That share has been declining, as exports to other countries have been increasing at a faster rate.