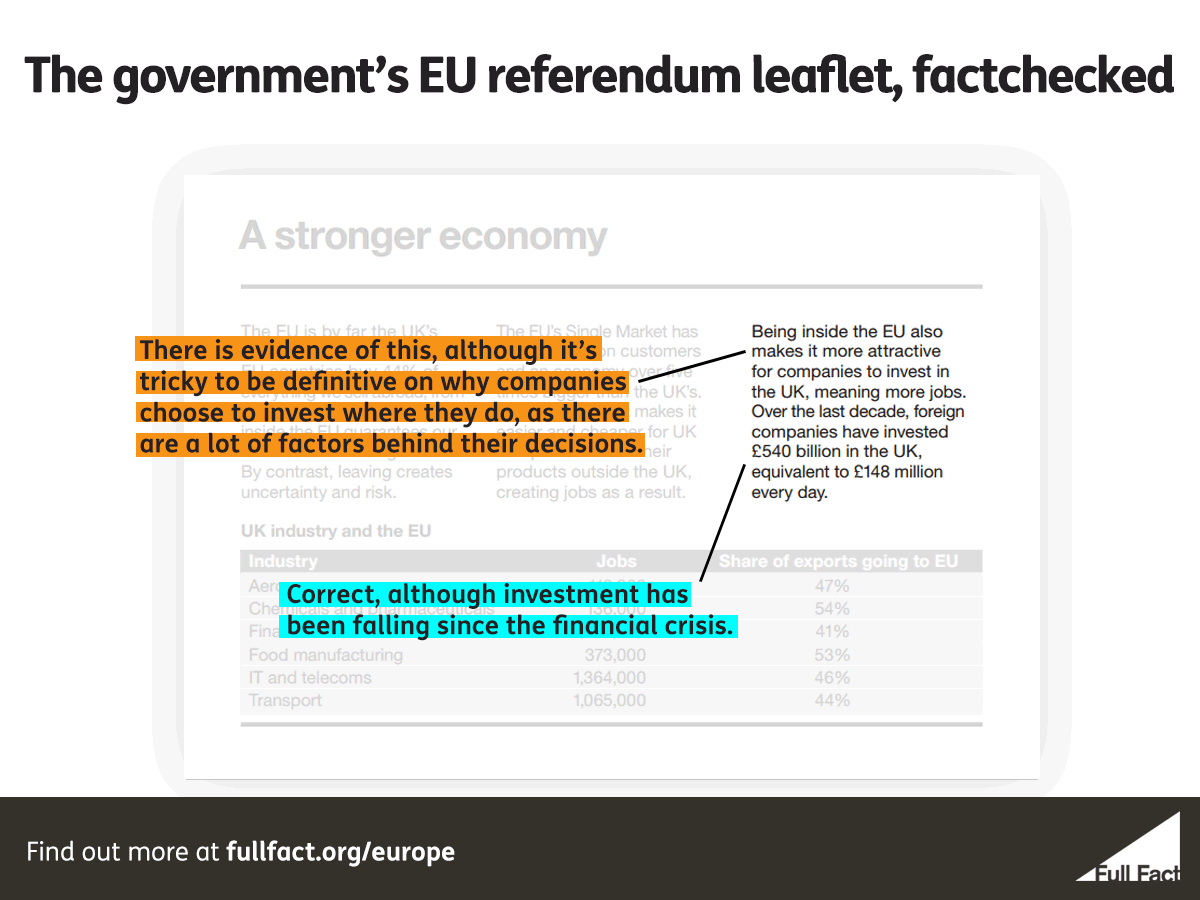 “Being inside the EU also makes it more attractive for companies to invest in the UK, meaning more jobs. Over the last decade, foreign companies have invested £540 billion in the UK, equivalent to £148 million every day”

These figures are correct. Foreign direct investment from the rest of the world into the UK—when companies abroad invest in companies here—totalled £540 billion between 2005 and 2014, or £148 million per day.

This has been falling though, year on year, largely driven by falls from the rest of the EU. Investment hasn’t yet returned to the levels before the financial crash.

Both the Treasury and the House of Commons Library have stated how difficult it is to work out whether being an EU member has in itself encouraged more investment in the UK than would have otherwise been the case.

The House of Commons Library has pointed to how the decision to invest here will be motivated by “any number of factors”, including the UK legal system, the skills and services available, and “the status of the English language”.

The Governor of the Bank of England, discussing the effect of EU membership on foreign investment with MPs, said he was “very confident” that it helped.