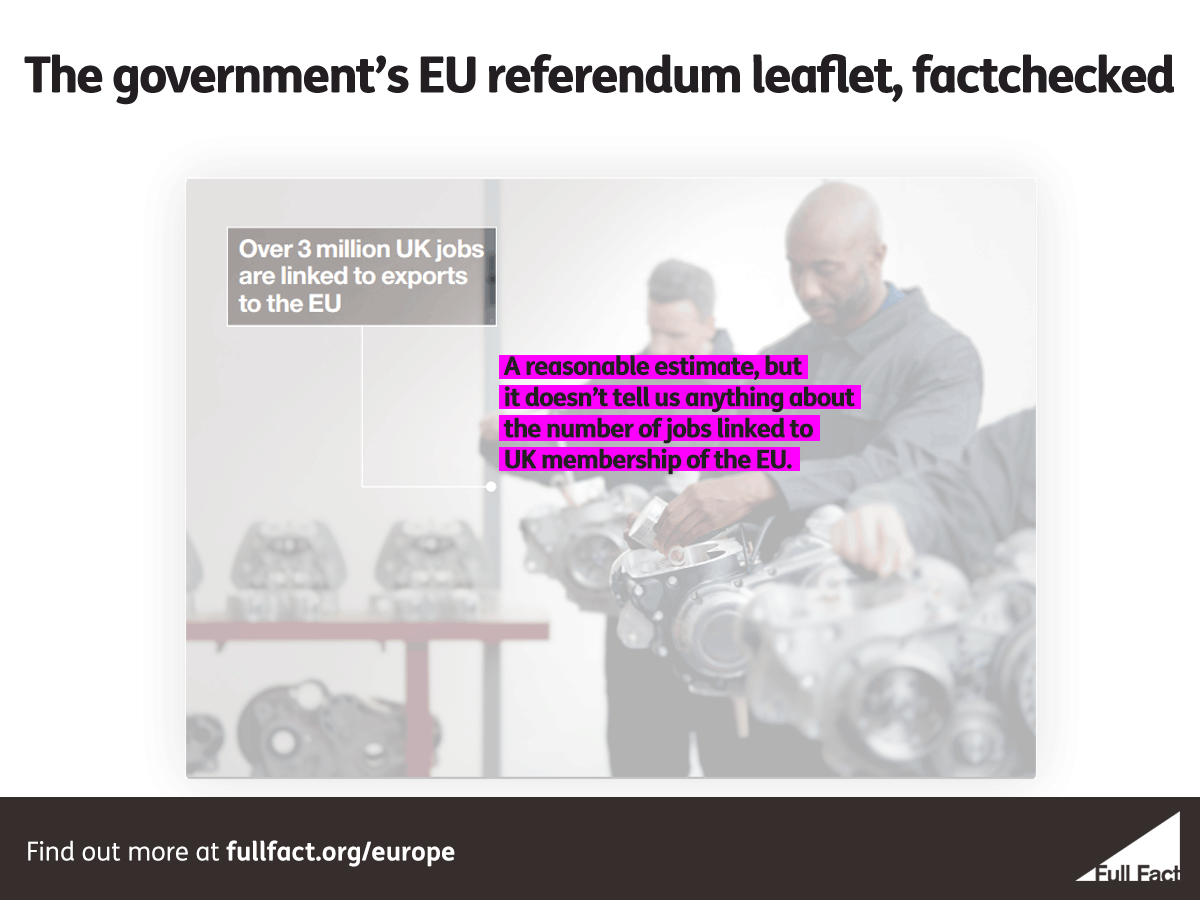 The way this calculation is done goes back to the year 2000, and reports from Southbank University and the National Institute of Economic and Social Research.

NIESR’s report explicitly said: “there is no a priori reason to suppose that many of these [jobs], if any, would be lost permanently if Britain were to leave the EU.”

Similarly the Southbank University research says: “Although many previous studies have sought to answer the question of what would have happened if Britain were not a member of the EU, we do not seek to test this counterfactual hypothesis”.