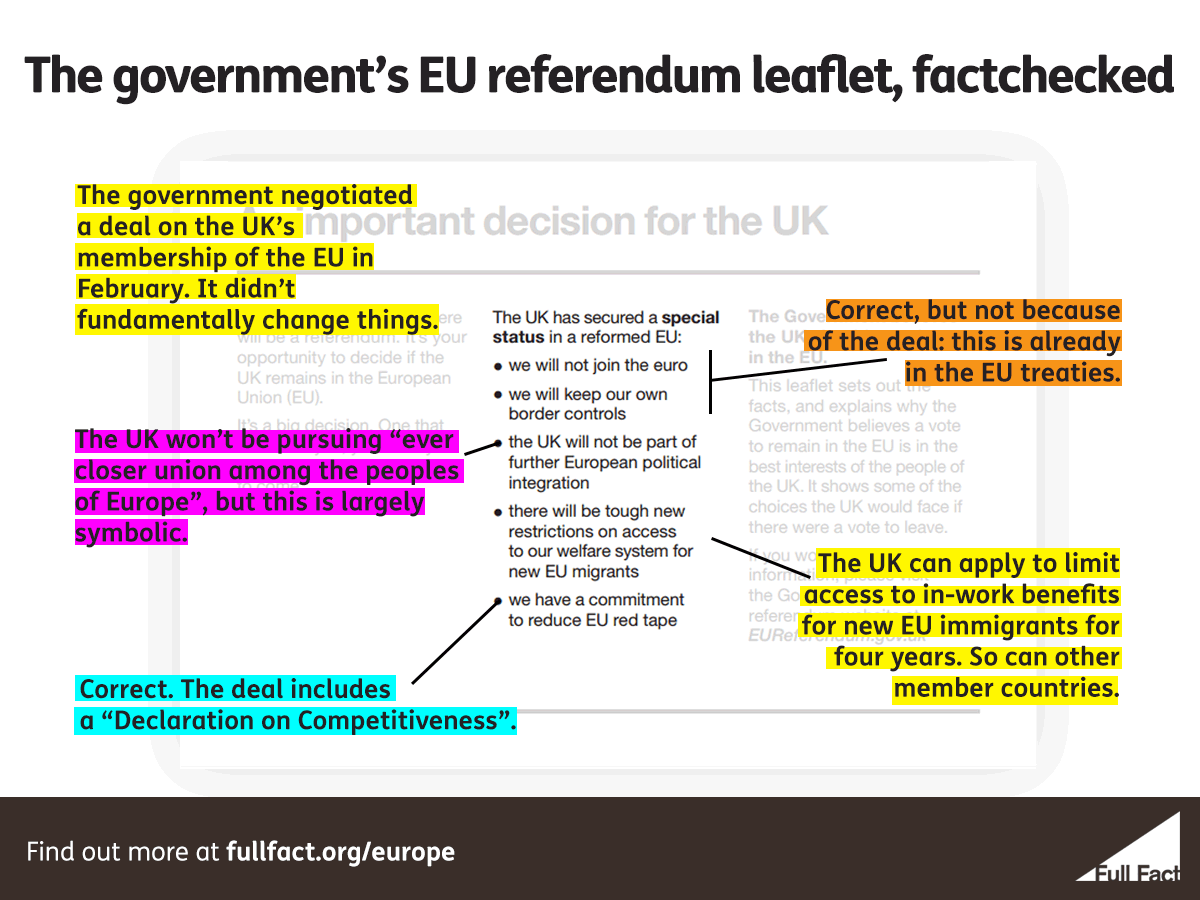 “The UK has secured a special status in a reformed EU:

The UK does have special arrangements in some of these areas, although not all of them came about due to the EU deal negotiated by David Cameron earlier this year.

Of these five examples, two aren’t from that deal, one doesn’t make very much difference, and two aren’t specific to the UK.

It’s correct that the UK doesn’t have to join the euro. This is already in the EU treaties. The same goes for keeping UK border checks.

The deal negotiated with other EU leaders in February did take in the other issues mentioned, although none of the legal experts who analysed the deal for us suggested that it amounts to a fundamental change in the UK-EU relationship.

The deal would exempt the UK from aspiring to “an ever closer union among the peoples of Europe”. This phrase has a symbolic political impact, but has little or no legal effect. Saying that it no longer applies to the UK doesn’t change anything about how the EU works, or the powers it has.

On benefits for new EU migrants, it would allow any member country to limit their access to in-work benefits for up to four years. The law to set up the emergency brake will need the agreement of the European Parliament. The UK will then require the agreement of other governments to activate the brake.

And there is a commitment on EU ‘red tape’, in the form of a Declaration on Competitiveness. This also isn’t specific to the United Kingdom.