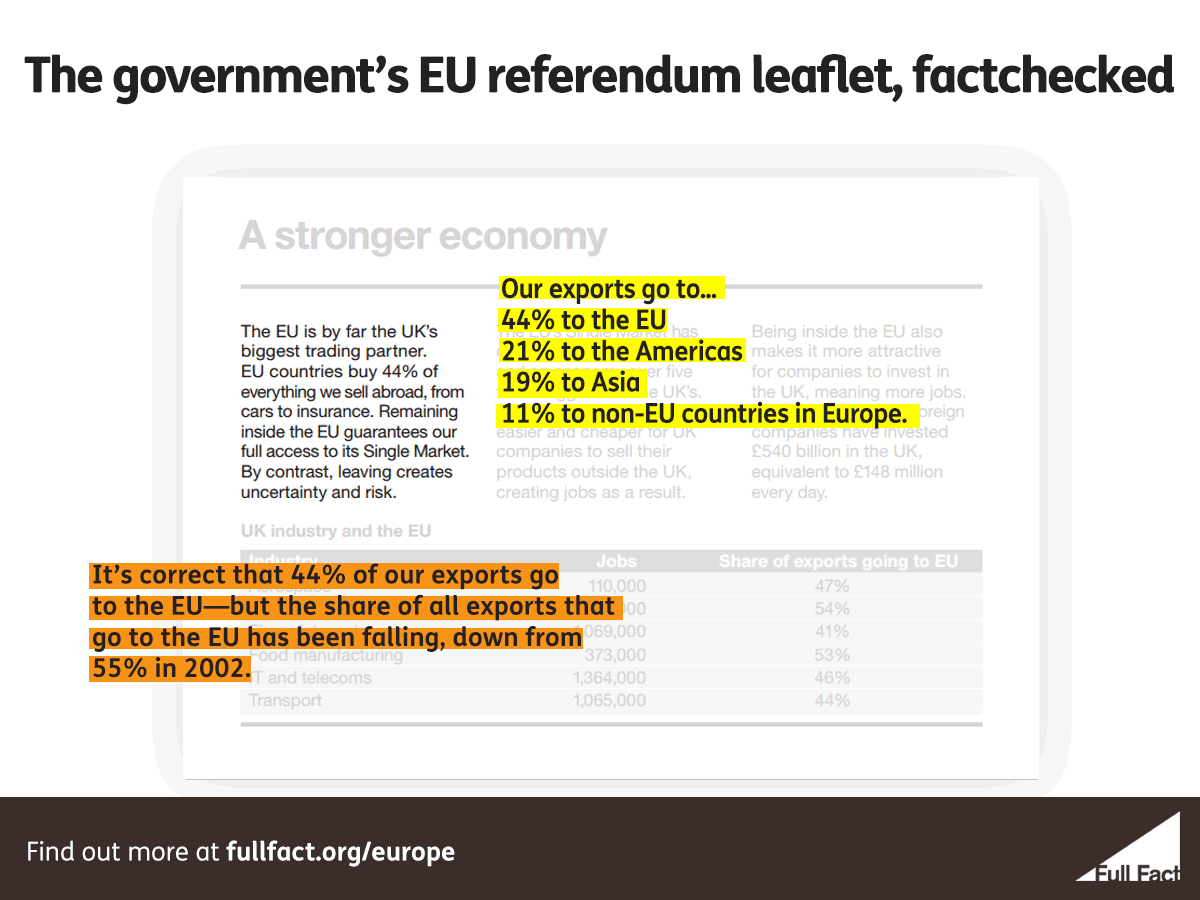 “The EU is by far the UK’s biggest trading partner. EU countries buy 44% of everything we sell abroad, from cars to insurance.”

That share has been declining, as exports to other countries have been increasing at a faster rate.

It’s sometimes argued that these statistics overstate the proportion of UK exports that go to the EU, as a lot of goods pass through ports like Rotterdam before being shipped to a final destination outside the EU. Both the Office for National Statistics and the government's review of our EU membership have concluded that it's hard to quantify the extent of this ‘Rotterdam effect’ or establish whether it's a serious problem for the statistics.

We clarified that 5% of the UK's exports go to areas of the world not previously included in our breakdown.