During his Jeremy Paxman interview, the Prime Minister stated that the government cut non-EU immigration by 13%.

But the claim could be misunderstood: the best estimate of how much non-EU immigration has fallen since the government took office is 6%, and that's well within the margin of error. 13% is the fall from a peak in 2011. 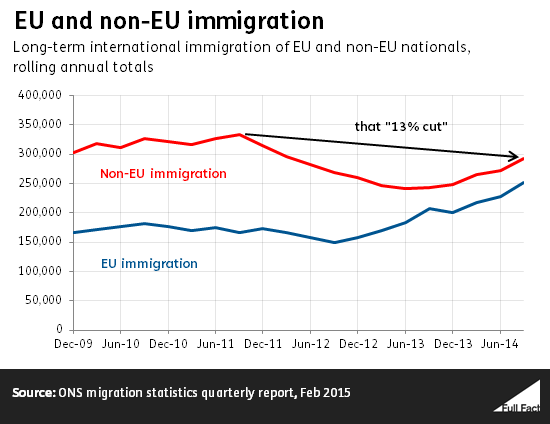 Immigration from outside the EU increased early on under the Coalition, and then fell, mainly driven by a fall in student immigration.

According to the latest data, for the year ending September 2014, immigration is now on the rise from both within and outside the EU. We won't have an idea of the government's complete record until later on this year—after the election.