Over 200,000 UK businesses trade with the EU, helping them create jobs here in the UK.

HMRC figures from 2012 found almost 200,000 VAT-registered traders in the UK which traded goods with other EU member states. They said that the figure could be “significantly higher” if it included companies that traded in services. 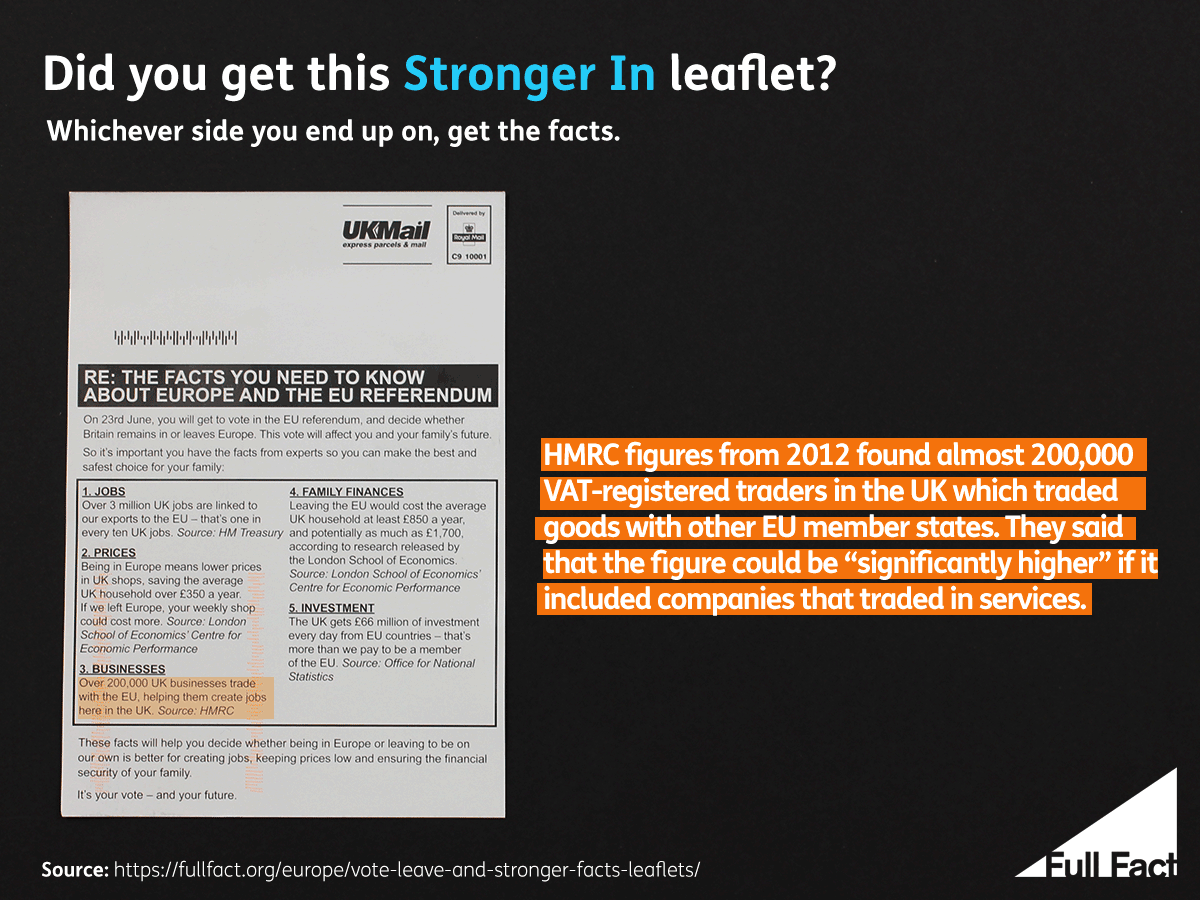 “Over 200,000 UK businesses trade with the EU, helping them create jobs here in the UK."

Vote Leave uses a separate set of estimates for the number of companies exporting to the EU, rather than including importing companies as Stronger In does here. We’ve got more on this here.