The UK gets £66 million of investment every day from EU countries - that’s more than we pay to be a member of the EU. 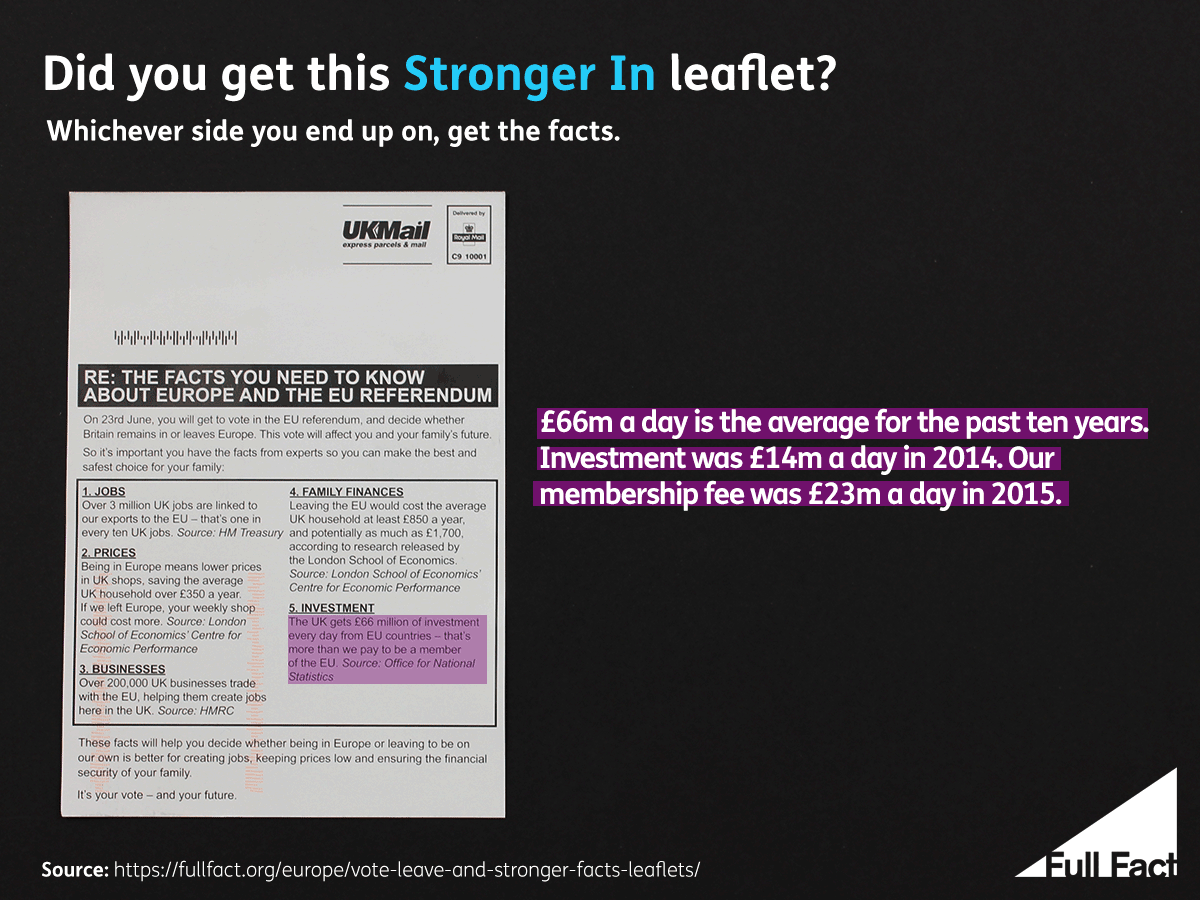 “The UK gets £66 million of investment every day from EU countries - that’s more than we pay to be a member of the EU."

The UK has received on average £24 billion in investment from other EU countries annually over the past ten years, which works out at closer to £65 million a day.

But it has received far less than this in recent years. In the most recent year for which there are figures—2014—around £14 million of investment per day came into the UK from other EU countries.

The average is higher because ‘foreign direct investment’—which is when companies abroad invest in companies here—used to be much higher prior to the financial crash in 2008.

In that sense, the claim isn’t telling the whole story. Foreign investment directly into UK companies have fallen over the past decade and are far from the levels they reached in the 2000s.

It’s still the case that about half of investment stocks in the UK come from EU countries.

Both the Treasury and the House of Commons Library have stated how difficult it is to work out whether being an EU member has in itself encouraged more investment in the UK than would have otherwise been the case. We’ve written more about this here.