Over 3 million UK jobs are linked to our exports to the EU - that’s one in every ten UK jobs.

Estimates show around 3 million jobs are linked to our trade with other EU countries, but don’t tell us anything about the number of jobs linked to British membership of the EU. Nobody is forecasting that these 3 million jobs would be lost if we left the EU. 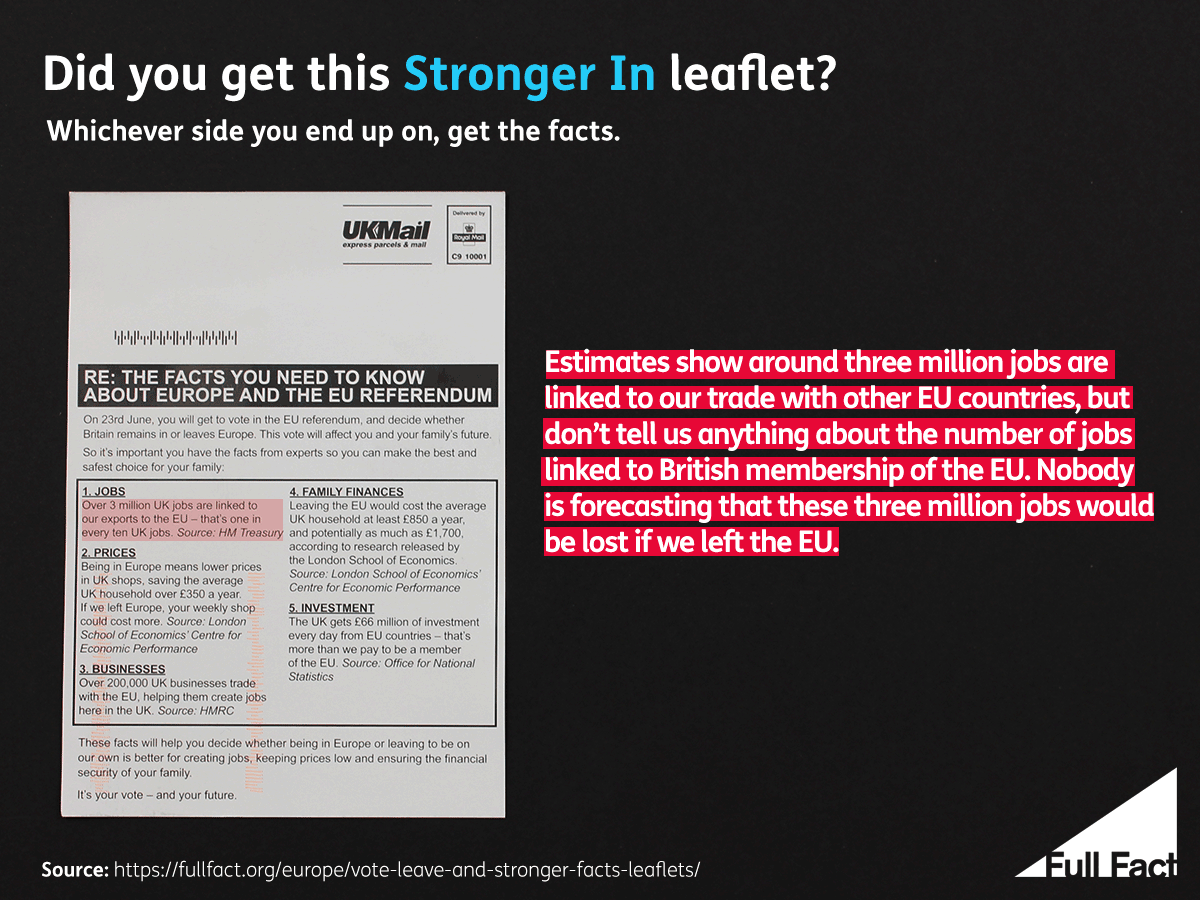 “Over 3 million UK jobs are linked to our exports to the EU - that’s one in every ten UK jobs."

This could mean unemployment rises by up to 1.7% in the short term, according to the National Institute of Economic and Social Research, if you accept the assumptions made in their modelling. That's the equivalent of about 500,000 people.

We originally said that a 1.7% increase in unemployment, from NIESR's research, was about 30,000 people. This was incorrect. It was based on interpreting the increase as a percentage rise in the number of people unemployed. It actually respresents an increase in the unemployment rate, compared to another scenario where the UK remains in the EU. The change is closer to 500,000 people for this reason. We're very sorry for the error.