Leaving the EU would cost the average UK household at least £850 a year, and potentially as much as £1,700, according to research released by the London School of Economics.

These figures don’t tell you how much you or your family would lose, but they point in the same direction as most other economic analysis seems to. 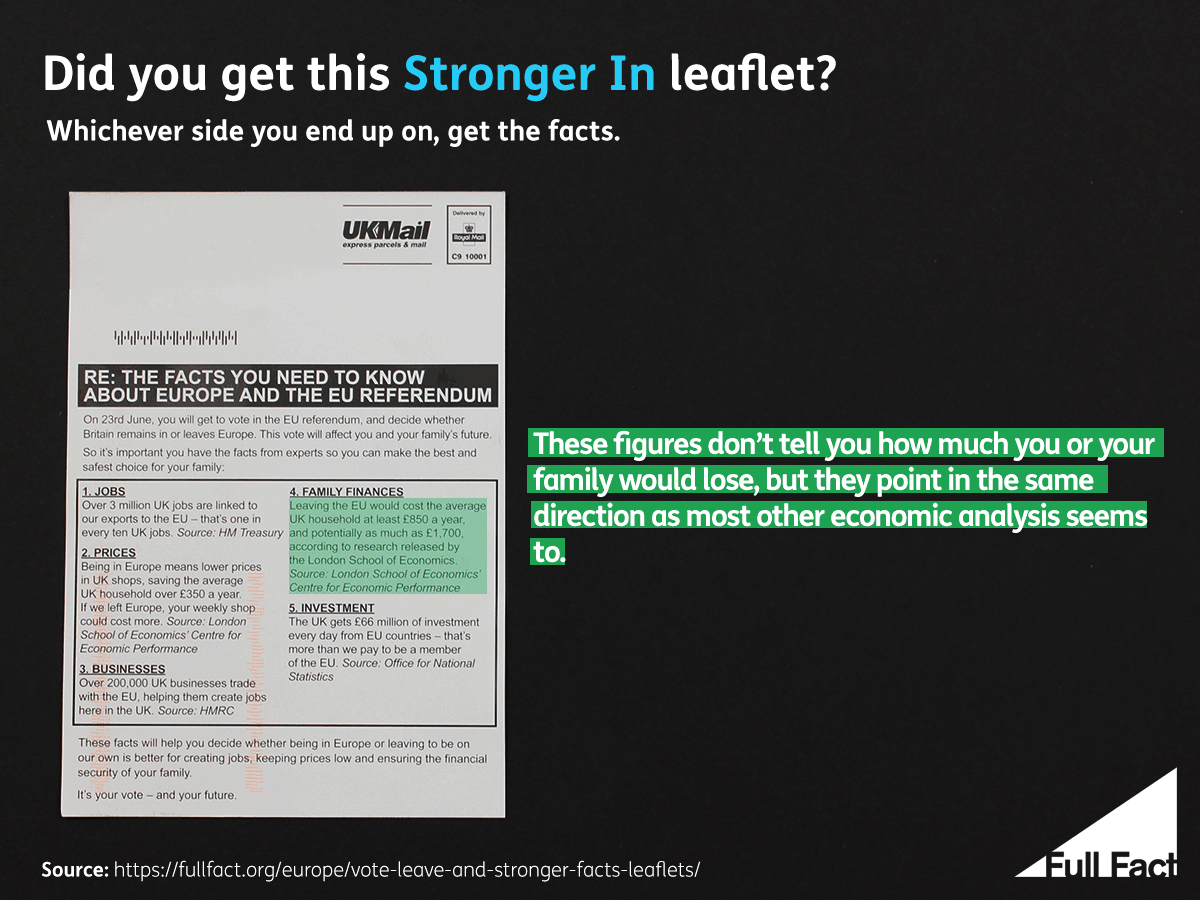 "Leaving the EU would cost the average UK household at least £850 a year, and potentially as much as £1,700, according to research released by the London School of Economics."

This is not what families or households will experience. But most economists seem to agree with the general direction the research points in - that leaving the EU would cost the UK economically.

The figures are based on estimates by academics at the London School of Economics. They say that leaving the EU would reduce trade. The resulting loss to the size of the UK economy—Gross Domestic Product—compared to staying in has been divided across the number of households in the country.

In the ‘optimistic’ case which produces the lower estimate of £850, or 1.3% of income, they assume the UK remains in the single market in a similar vein to Norway, so minimising extra barriers to trade. The ‘pessimistic’ case assumes the UK just trades with the EU under the regulations of the World Trade Organisation, which would involve some tariffs.

Even so, and despite the fact that economic modelling of this sort depends on wide-ranging assumptions and cannot account for everything, the direction of travel research like this implies can be useful. We can choose to trust a doctor telling us not to eat junk food without demanding they predict exactly what our weight will be next year.

We’ve covered claims about the costs and benefits of EU membership in more detail.