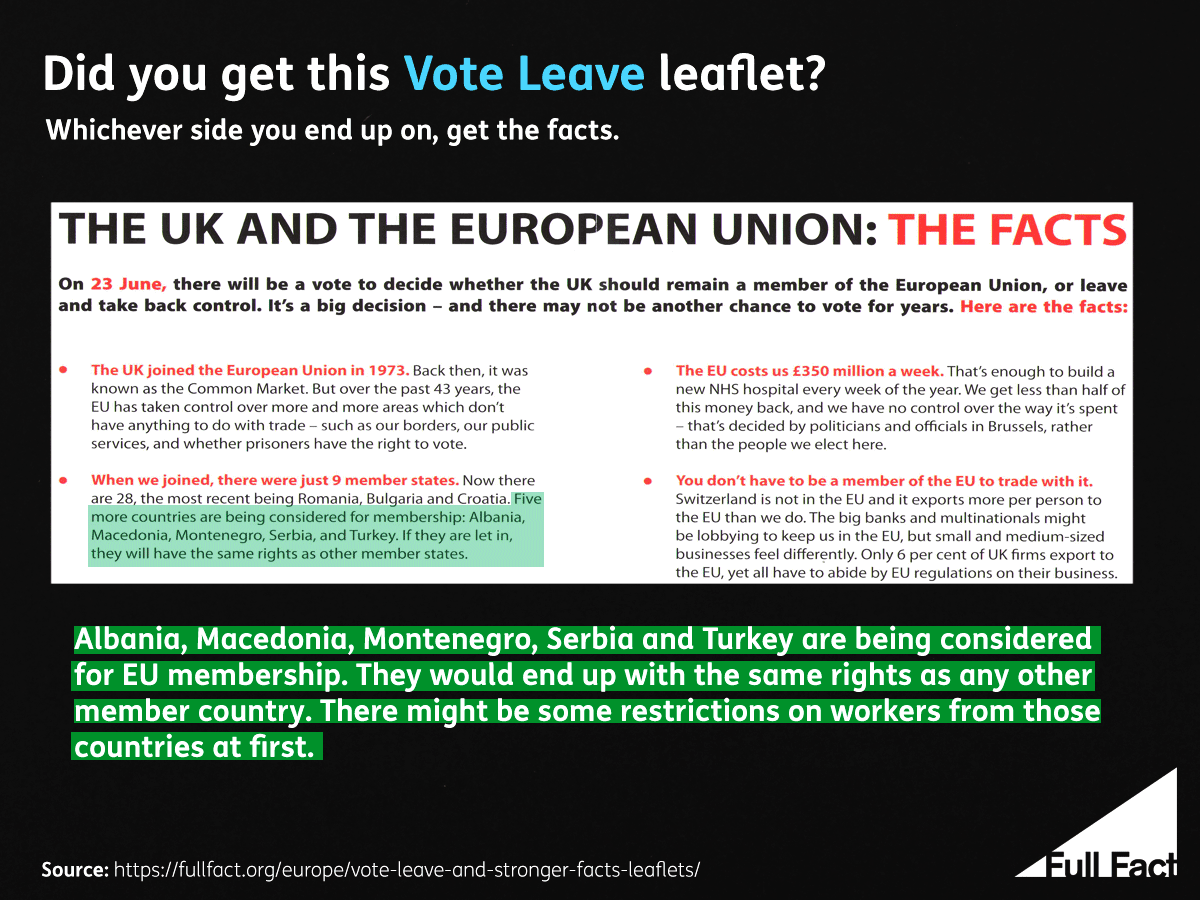 “Five more countries are being considered for membership… if they are let in they will have the same rights as other member states.”

There were six members when the UK, Denmark, and Ireland joined in 1973, bringing it up to nine.

For any country to join requires a new treaty, which requires the unanimous agreement of all existing members. So the UK has a veto over any of the candidate countries joining but it is government policy to support the accession of Turkey.