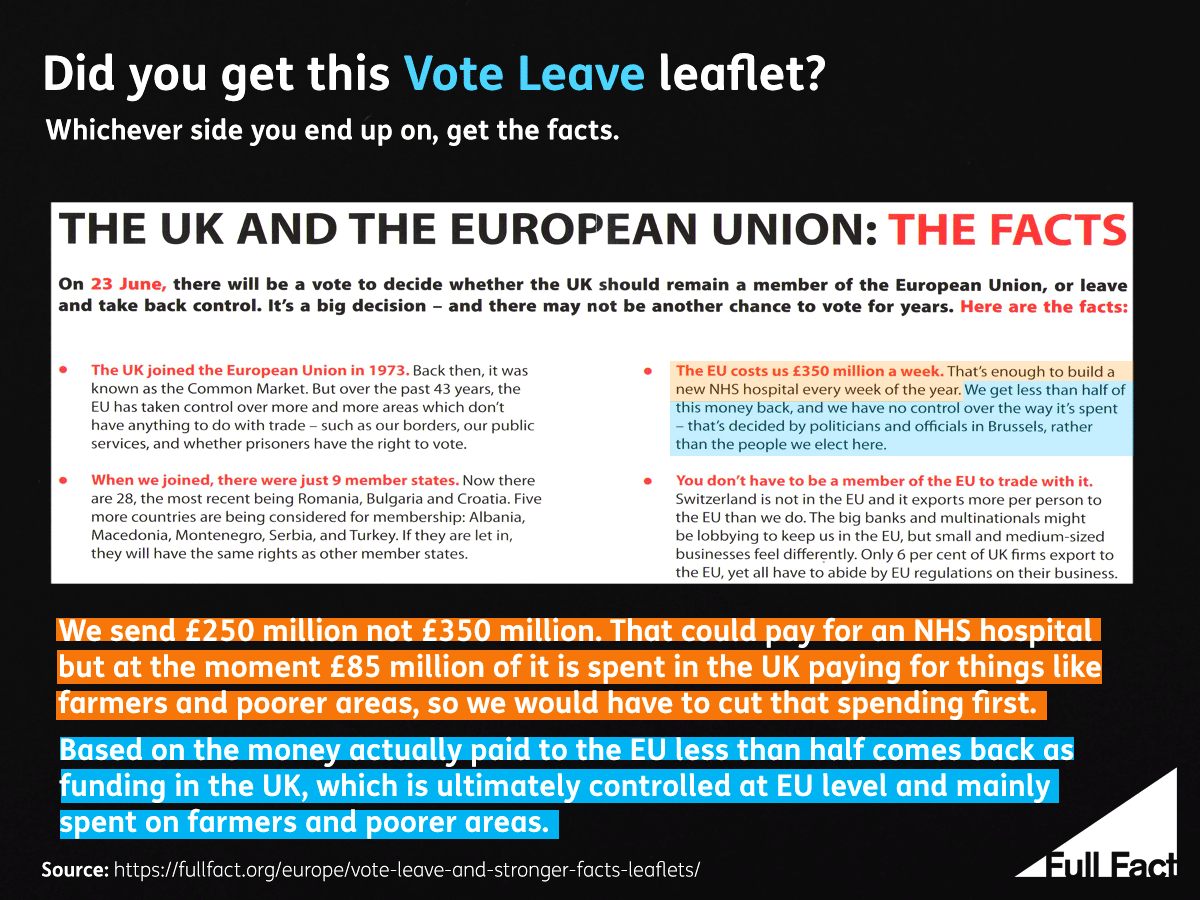 “The EU costs us £350 million a week. That’s enough to build a new NHS hospital every week of the year. We get less than half of this money back, and we have no control over the way it’s spent - that’s decided by politicians and officials in Brussels, rather than the people we elect here”

How much does the UK receive back?

The UK then gets money back in grants and payments from the EU. Some flow through the public sector, and mainly go to support farmers and poorer areas of the country. In 2015 this was estimated at £4.4 billion, or £85 million per week. More money, such as research grants, goes directly from the EU to the private sector.

Even so, the UK does get back less than half of the money it pays to the EU in most years.

What can be done with the money?

Neither the money that goes back to public sector nor the private sector is fully within the government’s control. If we left the EU we might choose to spend it all differently, or spend the same amount ourselves on farmers, poorer regions and the rest—leaving less to spend on building hospitals.

Assuming that every penny available is spent on hospital building, then anything from half a hospital to three hospitals a week might be built.