While in the EU the UK can’t make trade deals on its own. This means it has no trade deals with Australia, New Zealand or the USA - or growing economies like India, China or Brazil. Instead of making a deal which is best for the UK, we have to wait for 27 other countries to agree it.

EU member countries can’t make trade deals separately from the rest of the EU. The EU doesn’t have trade deals with the countries named but is currently negotiating with some of them. 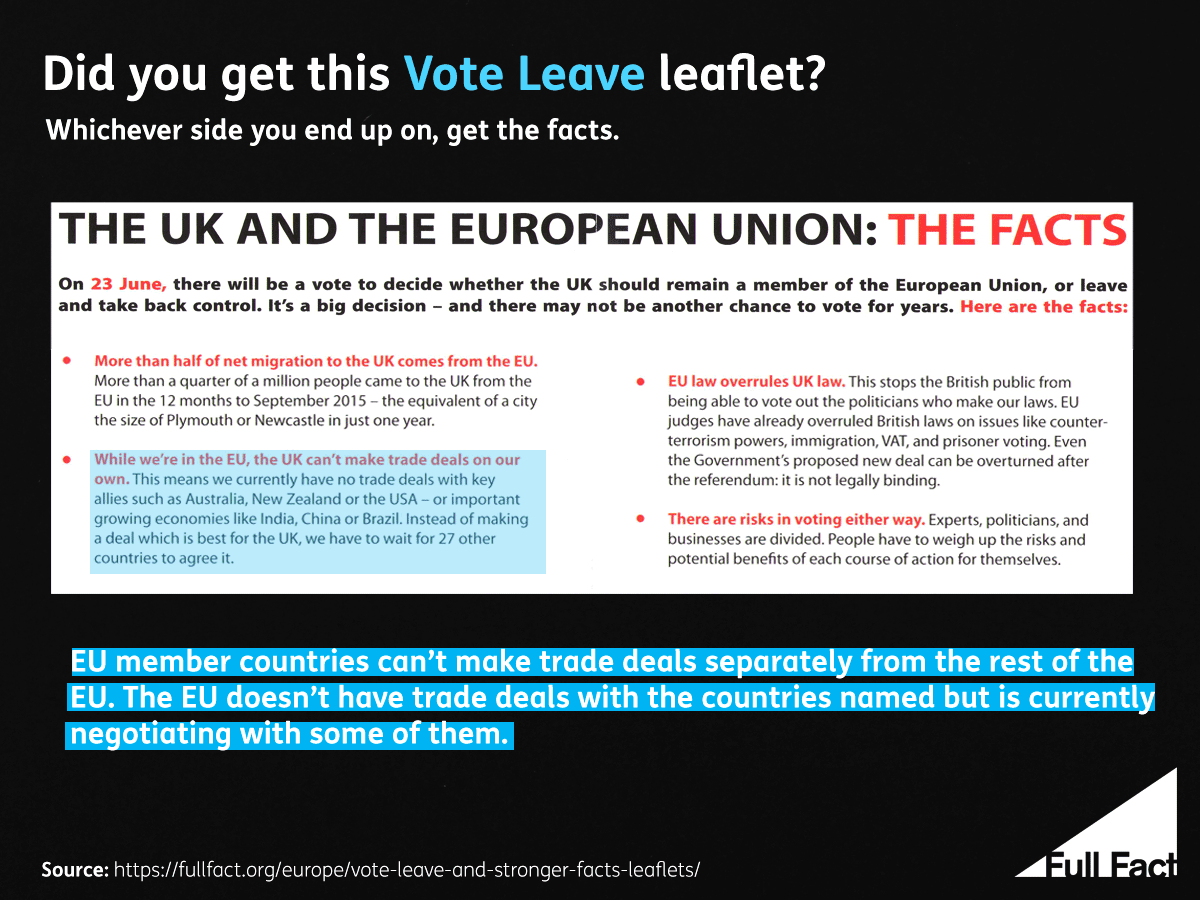 “While we’re in the EU, the UK can’t make trade deals on our own. This means we currently have no trade deals with key allies such as Australia, New Zealand or the USA - or important growing economies like India, China or Brazil. Instead of making a deal which is best for the UK, we have to wait for 27 other countries to agree it”

The EU has responsibility for trade agreements with outside countries, so the UK can’t negotiate its own.

The EU does not currently have trade deals with Australia, New Zealand, the USA, or India, China or Brazil. The European Commission has a list of trade deals it has negotiated with “some 50 partners” around the world, but those countries aren’t on it.

There is a deal being negotiated with the Americans: the so-called ‘TTIP’ agreement. The EU is also seeking to make free trade deals with Australia and New Zealand. Negotiations with India began in 2007 but seem to have stalled.

As for waiting for 27 other countries to agree, that depends on the deal, but often each member country will have to agree to an EU trade deal, as well as the EU’s Parliament and Council. The government has said that this should happen for the pending deal with Canada, for example.

Ultimately, if we leave the EU our trade will be controlled by the agreements we have or make with other countries, including our World Trade Organisation membership.