What does the British public think about Europe?

The majority favour an EU referendum

A YouGov poll in May 2013 asked respondents what they would most like to see when it came to an EU referendum. 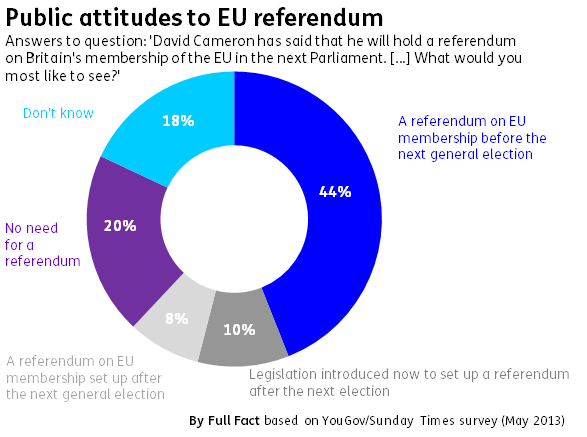 This works out at 62% of people who are in favour of a referendum on EU membership. But, Anthony Wells from YouGov has previously warned that polls nearly always show a large majority in favour of a referendum: "Asking if there should be a referendum on an issue is essentially asking if politicians should decide an issue, or whether the respondent should be allowed a say." The same goes for timing - as he says, "if you support something, why wait?".

Gap between 'in' and 'out' voting intentions is narrowing

When it comes to how people would vote, YouGov's latest poll in March 2014 found more people wanting to stay in the EU than to leave (41%:39%). But this is the first time in over a year that more people wanted to stay than leave; the last time being in January 2013 just after David Cameron had first announced his referendum pledge. So the results of the polling can be volatile.

It also depends on how the question is asked. Another poll conducted by YouGov for LBC made no reference to a referendum, asking 'Do you think Britain's future is best served by being in or out of the EU?', with 45% opting for being in and 34% for being out. 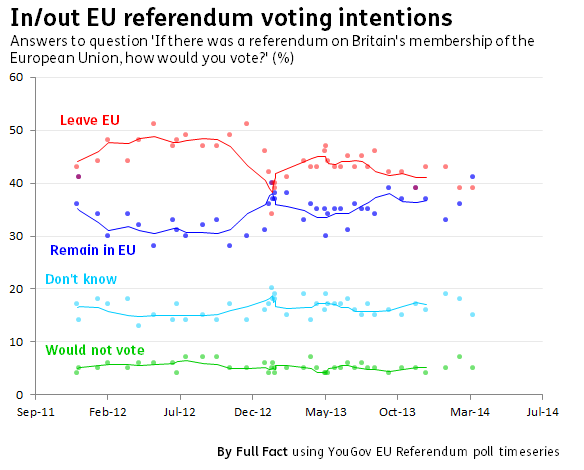 Ipsos Mori have asked a similar question, with polling going further back in time from 1976 to November 2012.

Their last two polls (October 2011 and November 2012) show a similar favour to leaving the EU. But the trends highlight how much opinion has fluctuated over the decades - although the phrasing of the question has changed over this period too so it's possible this has had an impact. 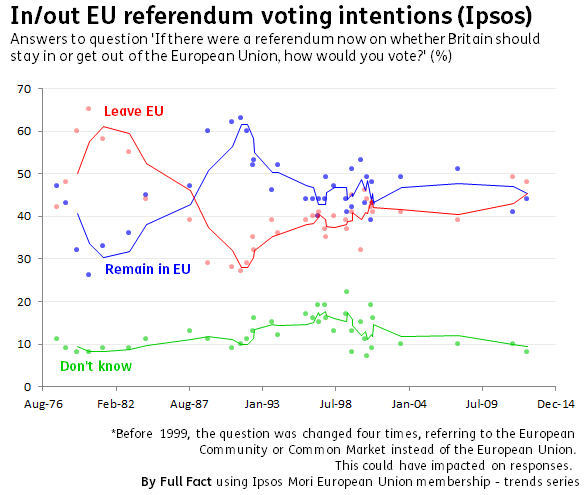 Opinion in favour of remaining in EU if terms are renegotiated

The other distinction is how people would vote if the UK's position within the EU was renegotiated. In this case, YouGov polling finds the majority would want to remain in the EU. But the question is hugely hypothetical and it's difficult to say how a renegotiated relationship would look in reality. 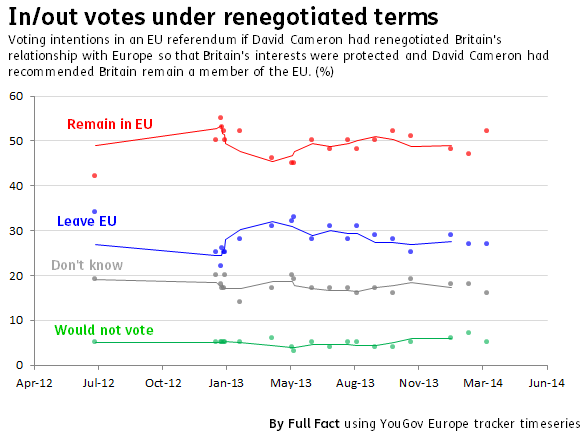 Taking a broader view away from the referendum question, a majority felt Britain's future was best served by staying in the EU and trying to reduce its powers. 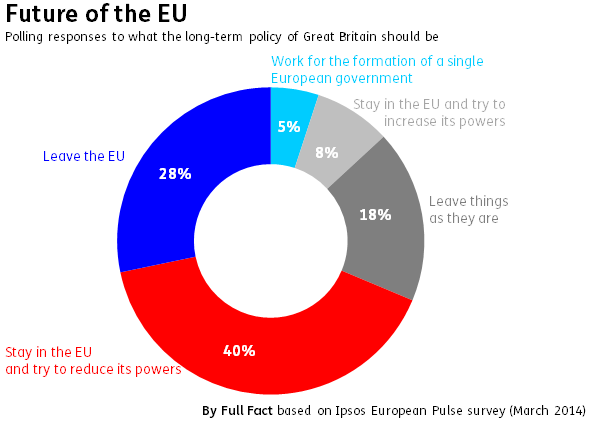 But none of these actually tell us how much the public cares about Europe; the results of which depend on how you ask the question. 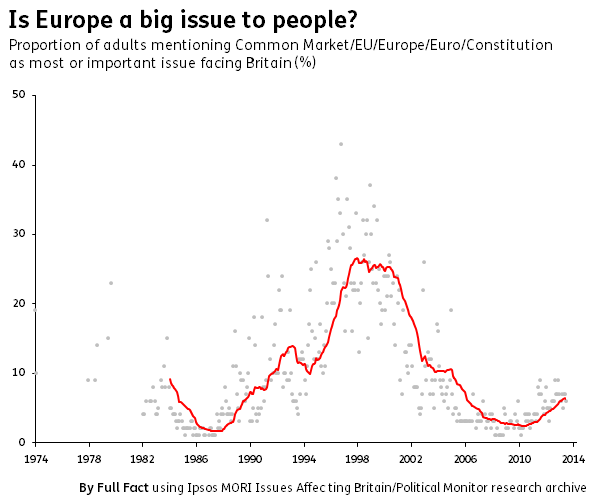 The YouGov Issues Index instead provides a list of issues from which respondents are asked to tick the top three most important ones. The proportion opting for Europe here is higher - on 24th to 25th March 2014, 13% of adults ticked Europe in the top three, down from 17% earlier in the month.

Again, Anthony Wells from YouGov thinks the former is the better measure, since asking if an issue is important could encourage people to say yes if they feel they should consider the issue to be important.

Poll finds David Cameron is the most trusted leader on Europe

When it comes to the party leaders, a recent YouGov poll in March 2014 found David Cameron is the most trusted on Europe. But a majority of people (31%) said they did not trust any of the leaders. 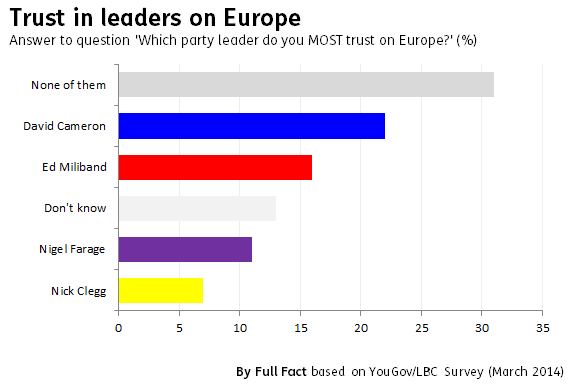