Why should we leave the EU?

The official designated campaign for leaving the EU is called Vote Leave. You can find their arguments at their website http://www.voteleavetakecontrol.org/.

The official designated campaign for remaining in the EU is called Britain Stronger in Europe. You can find their arguments at their website http://www.strongerin.co.uk/.

Both sides summed up their arguments in one page in the Electoral Commission leaflet sent to every home in the UK. We’ve factchecked the Stronger In and the Vote Leave one.

We’ve also factchecked lots of other EU referendum claims made by campaigners on each side, and you can ask us any factual question you want (but not, sorry, which way to vote) at fullfact.org/ask.

Ipsos MORI have some research on what EU referendum issues are helping other people make their minds up: 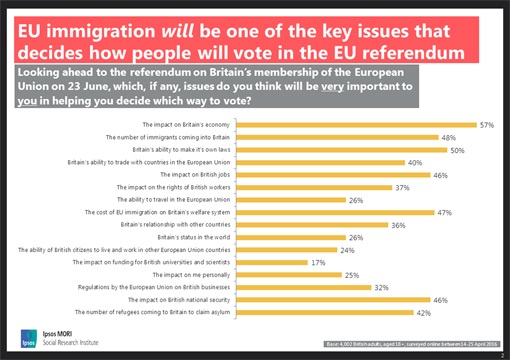