Honey, pepper and ginger can ‘100%’ eliminate the effect of Covid-19 and has been approved by the WHO.

This treatment for Covid-19 has not been approved by the WHO. The WHO says that although some spices may be beneficial for health, there is no evidence that this particular mix can protect from Covid-19 infection. 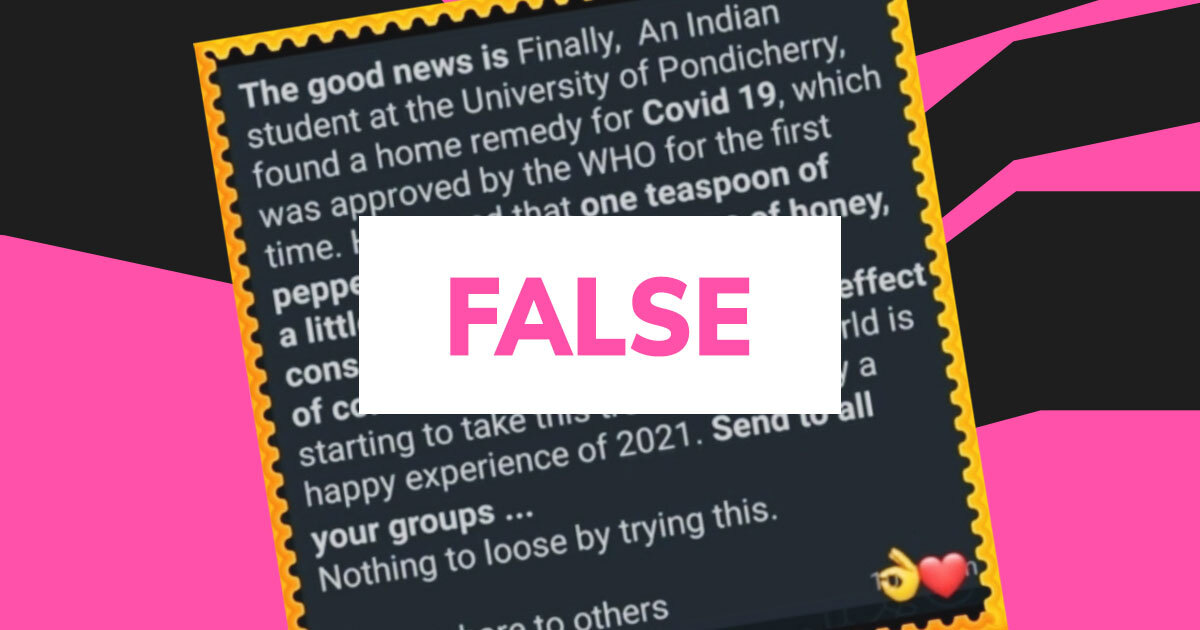 Readers have asked us to fact check a widely shared WhatsApp message which claims that a student at the University of Pondicherry in India has found a home remedy for Covid-19. The message claims that the remedy, which includes pepper powder, honey and ginger juice can “eliminate the effect of corona up to 100%” and has been “approved by the WHO [World Health Organisation]”.

In fact, rather than endorsing this remedy, the WHO has said the exact opposite. It said that “there is NO scientific evidence that ginger, honey and black pepper protect from Covid-19 infection. In general, however, some spices are considered to have properties that may be beneficial for health”.  This remedy has not been approved by the WHO.

This article is part of our work fact checking potentially false pictures, videos and stories on Facebook. You can read more about this—and find out how to report Facebook content—here. For the purposes of that scheme, we’ve rated this claim as false because the WHO have not approved this treatment, and say that there is no scientific evidence to support the assertion that it can 100% eliminate the effect of Covid-19 infection.