In response to claims that the NHS is being privatised under the coalition, the Prime Minister has said there's been a "tiny increase" in the proportion of NHS spending going to private providers - from 5% to 6%. 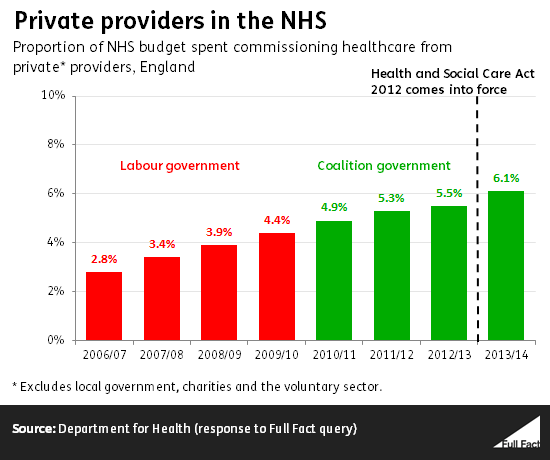 It's worth bearing in mind that the government's health reforms haven't had much time to affect the amount of spending with private providers. They only came into force in April 2013 and the 6.1% figure only refers to the following year (2013/14).