The number of hospital beds fell by 25,000 in the last six years of the last Labour government.

The average length of time for staying in hospital has virtually halved since the year 2000.

It hasn’t quite halved but it has fallen. The average length of stay overnight was eight days in 2000 and is about five days now.

The government is cutting the number of hospital beds.

This is right, the number of overnight beds in the English NHS has fallen.

“When hospitals are struggling to provide essential care why is the government cutting the number of beds in our National Health Service?”

“Thanks to medical advances, to the use of technology, to the quality of care, what we see in hospital stays is actually that the average length of time for staying in hospital has virtually halved since the year 2000. But let us look at Labour’s record on this issue, in the last six years of the last Labour government, 25,000 hospital beds were cut”

The number of hospital beds has been falling over the past decade, regardless of who was in office.

The total number of overnight hospital beds in the English NHS has actually been falling almost constantly since the 1980s. It fell by about 26,000 in the last six years of the most recent Labour government as Mrs May says, and it’s still falling now as Mr Corbyn says. 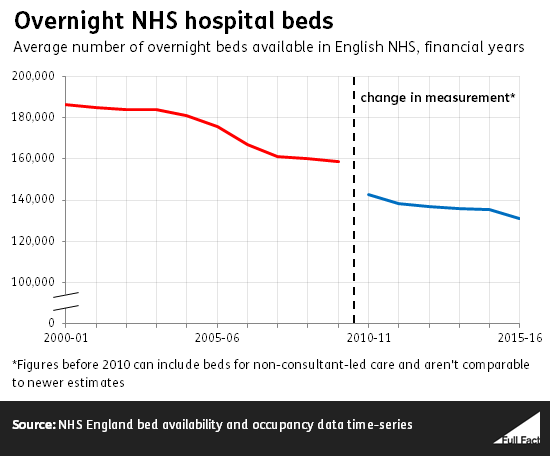 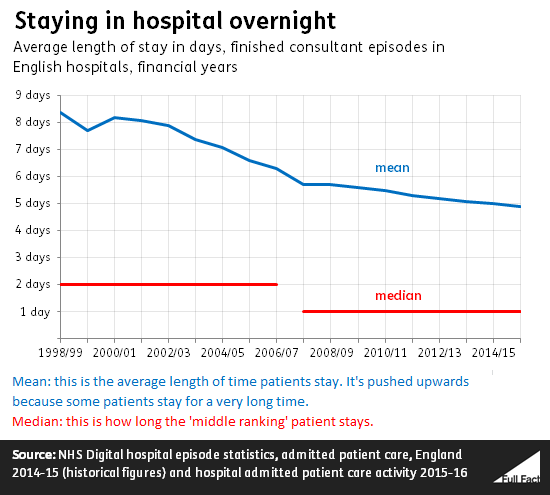 That said, the fact that we’re spending fewer nights in hospital doesn’t completely explain away why bed numbers are falling.

The proportion of beds that are occupied has been rising slowly since 2010. From July to September last year the proportion hit 87.5% — the highest recorded figure for that time of year. That’s higher than the safe level of 85% recommended by NHS Providers and the Royal College of Psychiatrists. 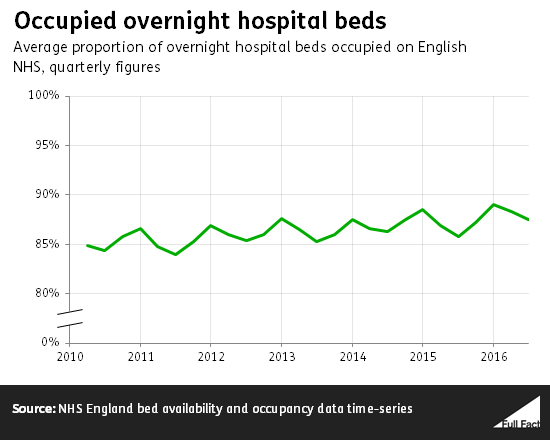