Are foreign criminals using human rights to avoid being deported?

A couple of thousand foreign nationals convicted of criminal offences in the UK appeal against being deported every year, and every year a few hundred appeals are granted under human rights laws. 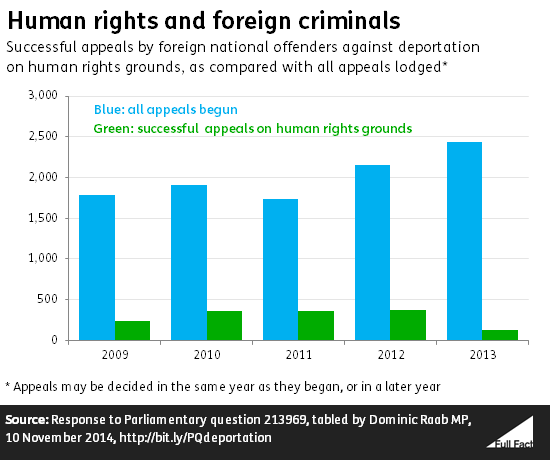 The Home Office says that 133 foreign criminals were allowed to stay in the country out of respect for their human rights in 2013. That's five per cent of all appeals by offenders from another country decided that year, but around a third of successful appeals.

But it stresses that the figures are provisional and haven't been quality assured. We should also be cautious about drawing conclusions from the numbers for 2014, as they only cover half the year. 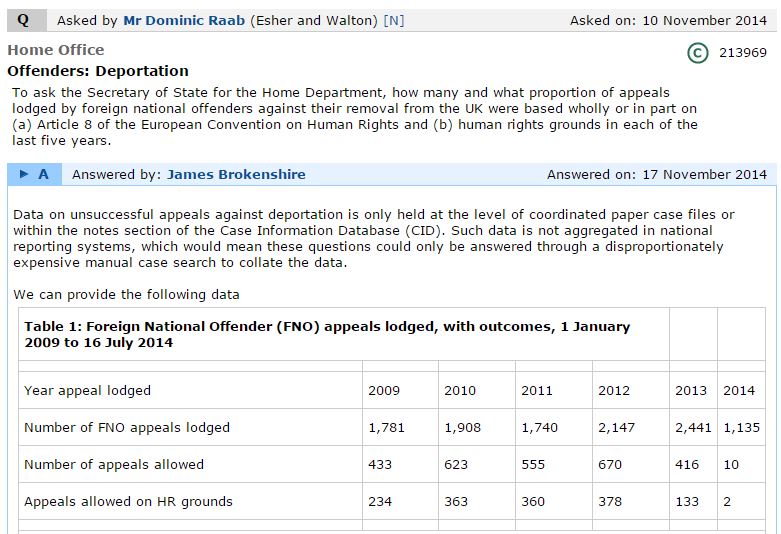 The Human Rights Act 1998 allows judges to stop public authorities from acting in breach of the rights contained in it. This includes deporting someone if they would be at risk of "torture or inhuman or degrading treatment" in their home country, or to avoid breaching the right to "respect for private and family life" (which was singled out by the Prime Minister in Parliament last week).

Replacing the Human Rights Act with a British Bill of Rights wouldn't stop criminals, or anyone else, going to the European Court of Human Rights with their case. Pulling out of that system is a separate decision, as is changing the law giving human rights exceptions to automatic deportation for foreign criminals.

See our full briefing on criminals and human rights here.