Brexit in the Supreme Court: a preview

Can the government launch Brexit without an Act of Parliament? That’s what the UK’s highest court will be asked to consider when the government’s appeal opens on 5 December.

You can watch the entire four-day hearing on the UK Supreme Court’s website and some of it will be shown live on television. So what should you look out for?

Three senior judges sitting in the Divisional Court (part of the High Court) decided on 3 November that David Davis, who as Brexit Secretary is the minister responsible for exiting the European Union, cannot use the Crown’s inherent powers to trigger Brexit.

It was a victory for the two claimants, Gina Miller and Deir Dos Santos.

The judges were careful not to say what the government needed to do before it could withdraw from the EU. But if ministers cannot use their executive powers to give notice under Article 50 of the Treaty on European Union, then it’s thought that nothing less than an Act of Parliament will do.

Ministers would prefer not to put a bill through parliament unless they have to, perhaps because they fear it might be delayed in the House of Lords. So the Brexit Secretary is asking the Supreme Court to overturn the High Court decision. If the court allows the government’s appeal, ministers will be able to trigger Brexit using their inherent powers.

The scene at the Supreme Court

All 11 justices of the Supreme Court will hear the government’s appeal. If you are watching the case, you will see Lord Neuberger, the court’s president, sitting at the centre of the concave bench. Lady Hale, his deputy, will sit to his right. 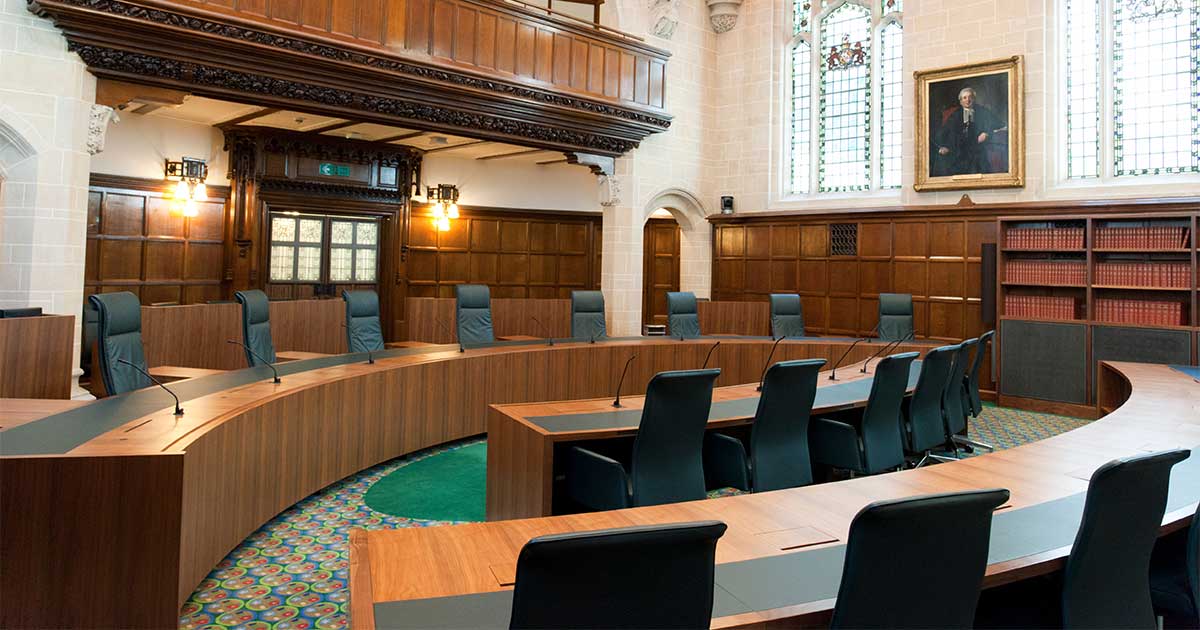 It will be the largest panel of judges to have heard a single appeal—not just since the Supreme Court was created in 2009 but since its predecessor was established in 1876.

The Brexit Secretary—referred to in court as the appellant—had to file a written version of his legal arguments ahead of the hearing. The two claimants—who now become respondents to the appeal—then sent in their written responses. Other parties were given permission to intervene and also filed written arguments.

Each document is up to 60 pages long. We’ll be publishing a summary of the arguments shortly.

The side that brings the appeal addresses the court first. The Attorney General, Jeremy Wright QC MP, will introduce the government’s appeal as he did in the High Court. He will then hand over to James Eadie QC, who’s First Treasury Counsel or “Treasury Devil”—the senior independent lawyer who advises and represents the government in court.

Gina Miller was originally designated as the lead claimant so her counsel will speak next. He is Lord Pannick QC, widely acknowledged to be the leading advocate in the field of public law or administrative law.

Deir Dos Santos is represented by Dominic Chambers QC. Mick Antoniw, Counsel General of Wales, is represented by Richard Gordon QC. James Wolffe QC, the Lord Advocate, will appear for the Scottish government. And the court is also expected to hear from John Larkin QC, Attorney General for Northern Ireland.

Together with junior counsel and solicitors, they and the other QCs will fill several rows of seats facing the judges.

What does the government have the power to do?

The case is about prerogative powers, which may also be described as inherent or executive powers. The High Court defined prerogative powers as “the residue of legal authority left in the hands of the Crown”. As the Queen always acts on the advice of her ministers, “the Crown” in this context means the executive government headed by Theresa May and the Cabinet.

Because the UK’s constitution is not written down in a single document, there is no authoritative list of the Crown’s powers. But prerogative powers are limited to those that have previously been recognised by the courts. They cannot be extended.

The specific prerogative power that the government says it can rely on in these circumstances is the power to “make and unmake treaties”.

Is the case about politics or law?

Giving judgment on 3 November, the High Court stressed that it was dealing only with a question of law. Policy was a matter for the government.

Lord Pannick, whose client initiated the case, tells the Supreme Court justices in his written arguments that it’s not for them to decide whether or not the UK should leave the EU. They are not being asked to say whether the Brexit Secretary should exercise whatever prerogative powers he might have. The question for the court is whether or not he has these powers.

How important is the meaning of Article 50?

Article 50 of the Treaty on European Union says that a member state which decides to withdraw from the EU must “notify the European Council of its intention”.

It was agreed between the parties to the High Court hearing that such a notification could not be withdrawn once it was given.

It was also common ground that notice could not be conditional. So the government could not withdraw it if, for example, parliament was not willing to approve any subsequent terms.

The High Court seems to have based its ruling on the proposition that, once notice is given, it would “inevitably result in complete withdrawal of the UK from membership of the EU” after two years—unless that time limit was extended or reduced with the agreement of the European Council. If the outcome was not inevitable, parliament would remain sovereign.

The government is now asking the Supreme Court to proceed on the same basis as the High Court: that “an article 50 notification is irrevocable and cannot be given conditionally”.

The point is “of no practical significance to this appeal”, the government maintains. If the High Court was correct in saying that the government has no prerogative power to decide that the UK should withdraw from the EU, says the government, that conclusion holds good whether or not the first step in the process of withdrawal can be revoked.

“Equally, if the Secretary of State is correct that prerogative power to withdraw from treaties can be exercised in relation to the EU Treaties, that conclusion would also hold good whether the giving of Article 50 notice was revocable or irrevocable.”

Lord Pannick agrees that the court does not need to address the issue of revocability. The Attorney General had told the High Court that David Davis was “content to proceed on the basis that, as a matter of firm policy, once given a notification will not in fact be withdrawn”.

So, adds Lord Pannick, “whether or not there is a power to revoke is academic in the present proceedings. Even if there were such a power, the government is committed not to exercising it.”

None of the parties want to take the case to Luxembourg

It might appear strange that neither side wants the Supreme Court to interpret Article 50. But they have good reason to.

Article 267 of the Treaty on the Functioning of the European Union allows the EU Court of Justice in Luxembourg to give what it calls “preliminary rulings” on the interpretation of treaties if the referring court “considers that a decision on the question is necessary to enable it to give judgment”. When such a question is raised in a case being heard by a country’s highest court, Article 267 adds, the national court must bring the matter before the Luxembourg court.

Some academics take the view that the Supreme Court will have to refer the interpretation of Article 50 to the EU court, even though the parties don’t want this. Others think that there is no need for a preliminary ruling.

It will be for the Supreme Court to decide whether a ruling from Luxembourg on the interpretation of Article 50 is necessary for it to give judgment on the government’s appeal.

One reason why the Supreme Court might be reluctant to seek a preliminary ruling is the delay it would cause. As the EU court said in guidance reissued as recently as 25 November, “the lodging of a request for a preliminary ruling… calls for the national proceedings to be stayed until the [EU] court has given its ruling”. There is an expedited procedure but a ruling would still take some months.

But claiming that the UK could change its mind would undermine the government’s negotiating position. It would also suggest that there was some doubt in the government’s mind about the meaning of Article 50, making a reference to Luxembourg all the more likely.