Women in the Commons

Both female Prime Ministers have been Conservatives.

Correct. The UK has had two female Prime Ministers, both Conservative MPs.

Half of the shadow cabinet members are women.

Correct then and now. 16 out of 32 members of the current Labour shadow cabinet are women.

The Labour party has more women MPs than all the other parties in the House of Commons combined.

Correct then and now. Following the 2017 election, 119 out of the 208 women MPs are Labour Party members. 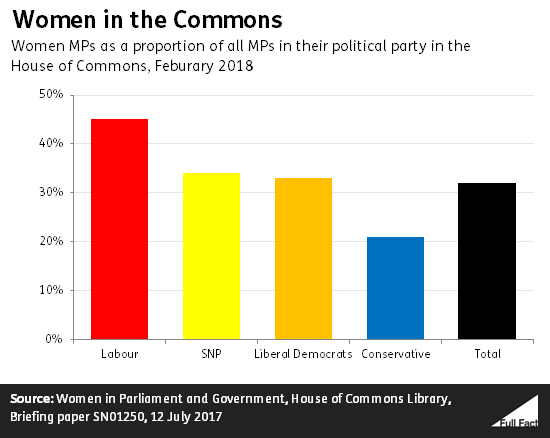