Does the Treasury lose £40 billion each year to the super-rich?

HM Revenue & Customs thinks it lost about £7.4 billion to tax evasion and avoidance in 2014/15, less than a quarter of the figure quoted by Mr McClusky.

Its best estimate for the overall tax gap was £36 billion. We’ve asked Unite if that was the basis for Mr McClusky’s claim.

The tax gap is the difference between what HMRC collects and what it thinks it’s owed in theory.

The overall tax gap includes things other than evasion and avoidance. It counts an estimated £4.8 billion lost to criminal activity (such as smuggling), £6.2 billion uncollected from the hidden economy (which includes things like undeclared cash-in-hand jobs), or £3.2 billion in honest mistakes.

Arguably, it’s fair to use “tax evasion and avoidance” as shorthand for all these activities when the phrase “tax gap” might be met with blank faces.

But HMRC’s estimates don’t justify the claim that all £40 billion of these losses came from “the super rich and corporate elite”.

HMRC doesn’t know exactly how much tax it’s missing out on each year. Some parts of the estimate come with a lot of uncertainty and “an element of judgement is used”, as HMRC puts it.

For example, HMRC thinks it may have lost anywhere between £300 million and £1.4 billion in cigarette taxes last year. That’s quite a big range of possibility.

HMRC’s also aren’t the only estimates. The academic Richard Murphy thinks its figure is a very big underestimate, and questions the way it categorises some activities.

The Conservative manifesto on the single market

“‘We are clear about what we want from Europe. We say yes to the single market.’ That was the manifesto that your prime minister and you stood on in the last election… It’s in the Tory party manifesto.”

The Conservative Party manifesto for the 2015 general election did say “We are clear about what we want from Europe. We say: yes to the Single Market.”

The manifesto also promises a referendum on EU membership, although staying in the EU and leaving its single market can be two different things.

Norway, Iceland and Liechtenstein are part of the European Economic Area, making them members of the single market. They’re not EU members, although they do accept many EU laws as part of this arrangement, including (except for Liechtenstein) those on free movement of people.

The EU referendum leaflet sent around by the government, arguing the case for staying in the EU, is less clear than the manifesto.

For example, the document argues that “remaining inside the EU guarantees our full access to its single market. By contrast, leaving creates uncertainty and risk.”

The leaflet also states that “losing our full access to the EU’s single market would make exporting to Europe harder and increase costs.” 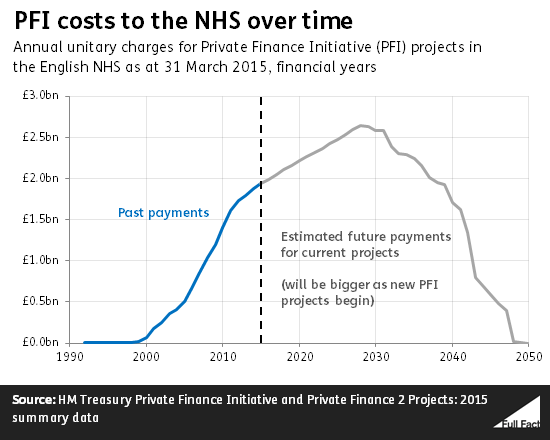 “Sergeant Blackman… actually saved those 24 people who would have been called out to rescue the Taliban fighter. Now I actually think it was probably a mercy killing by shooting that man on the ground, because he would have died anyway.”

“I know that we’ve seen the footage of him shooting the person being killed on the ground, and I feel that person should have been taken a prisoner not killed in cold blood.”

We’re not here to factcheck people’s opinions on the Alexander Blackman case, or offer our own interpretation.

We can clarify what evidence about the case is in the public domain and point you to it so that you can make up your own mind.

Sergeant Blackman ended up before a court martial for shooting a wounded Taliban insurgent because army investigators stumbled across recordings of the incident taken by another soldier.

The Court of Appeal refused to order the release of the most graphic clips to the media, accepting that they would be used in terrorist propaganda and “significantly endanger a large number of people”.

Only three of the six clips have been officially released, not including the clip showing the actual shooting.

Differently edited versions of the three video clips that have been released are available on a number of media websites.

There is also a transcript and audio recording of the clips, not released as video, that discuss and include the shooting.

These clips have been summarised by the courts on several occasions, mostly recently by the Court Martial Appeal Court, which decided on 15 March to downgrade Sergeant Blackman’s conviction from murder to manslaughter.

Its four-page summary, starting on paragraph 12, is a particularly valuable summary of the events.

6.5 million people were employees and members of a trade union that year.

Ms Andrews meant to refer to the proportion of all union members who were in these age groups, according to the Institute for Economic Affairs, which Ms Andrews is news editor for.

Comparing to employees rather than the whole population

Overall, 25% of employees of any age were members of trade unions, or around 6.5 million people. This has been declining over the past 20 years, though the decline has been greater among men than women. 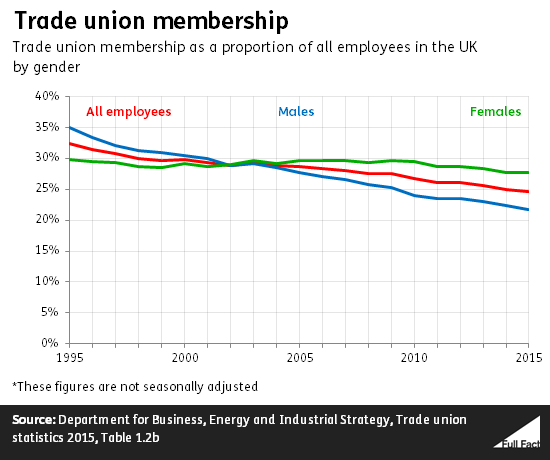 Although the number of employees who are trade union members has remained largely consistent during this time period, the proportion has decreased because membership has not kept pace with the overall increase in employees in the UK.