The EU referendum was announced by David Cameron on 18 February. We knew this was coming and hatched a plan to make it the most informed referendum ever.

So top line: did we do it? We think so. But in true Full Fact style, here are the results so you can decide for yourself.

We comprehensively factchecked the referendum, from the leaflets through your door, to the impact on the economy, to what will happen to British bees.

Our little team of 12, bolstered by some new campaign staff, were working flat out to get you the information you needed before 23 June. And there was a lot of takeup!

We published 185 factchecks and briefings and 25 videos. We had more people on our website than ever before, and that included the last general election.

We were featured in a large and prominently placed profile—on page two of the Financial Times.

We worked with the Sun’s Whitehall Correspondent Lynn Davidson for an article based on our "Facts Behind the Claims" project.

We collaborated on a similar large feature report for the Sunday Mirror with reporter Keir Mudie, looking at Separating Brexit Facts from Fiction.

We provided ‘margin note’ style annotations for the Big Issue’s factchecking special on ‘What has the EU done for us?’

Ashley Kirk, from the Daily Telegraph’s data team, published a regular series of blogs either summarising or quoting our factchecks verbatim.

We have also appeared in publications including, but not limited to: the Independent Online, the Observer, the Times, the Sunday Times, the Irish Times, the Liverpool Echo, Spalding Guardian and Lincolnshire Free Press, the Metro, Evening Standard, Loughborough Echo, Western Daily Press, the Falmouth Packet and the Sheffield Telegraph.

And, on the day before the Referendum, Britain’s number one male tennis player Andy Murray told the Daily Mail that he uses fullfact.org to find out ‘what you need to know independently’. And then there was J.K. Rowling's tweet... 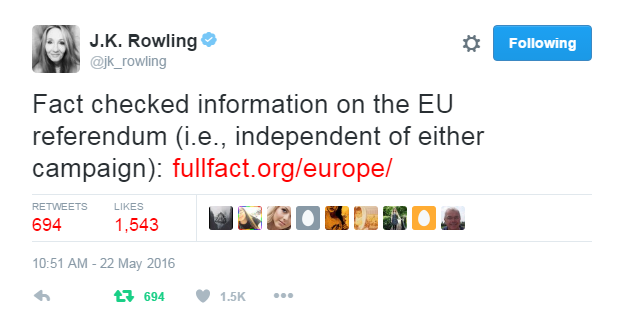 ...which took us completely by surprise!

We worked with Good Morning Britain for the first time. Will appeared on the programme live with Piers Morgan and Susanna Reid.

Piers Morgan said “I like Will. I think we should bring Will back with his factchecking”. And they did.

We ran a series of factchecks with them over a week, to over a million viewers, laying out the facts and colouring in the shades of grey between the black and white.

Will appeared on the Victoria Derbyshire show on BBC 2 with Prof. Anand Menon for the ESRC’s UK in a Changing Europe project. Their answers to viewers’ questions were so well-received that we ended up doing two more Q&As on the show.

Sky News asked Will in to participate in a live Q&A with Kay Burley and undecided voters where he discussed different claims made by both sides of the referendum debate, along with a legal expert.

We developed a similar partnership with the Nick Ferrari show on LBC. CJ, Amy and Claire filmed a number of short films setting out key issues in the campaign, which also ran in shorter form live on the morning show in a prime slot. 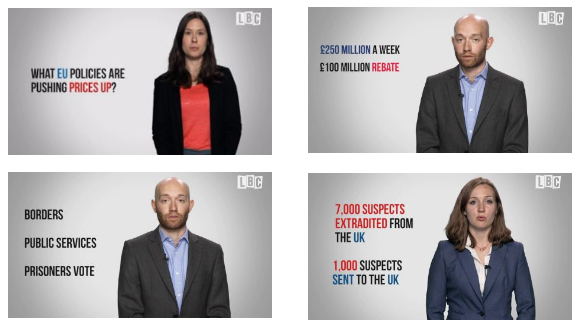 We were also on Nick Ferrari's breakfast show to discuss EU workers’ effects on the economy, and Stig Abell’s Sunday afternoon show for a two hour phone in.

We were on Share Radio too talking to Juliette Foster about the facts behind the Leave and Remain campaigns. They liked us so much that they invited us back, this time to talk to Colin Bloom about how we put together our factchecks.

We helped the Press Association use our research for a video package story.

Increasingly, we've been seeing uses of statistics or facts that are correct, but which may not tell you the whole story.

With any claim, as well as checking against source data, here are three questions you can ask yourself before making your mind up about it: where does the claim come from, what is it actually measuring, and will it affect your life?

It was these three questions that were the topic of our appearance on the BBC Wales Report. Our Director Will spoke to reporters from Felicity Evans’ flagship show about which numbers matter and which don’t in the EU referendum. You can watch the show here, with Will’s segment from 22:58.

We spoke to journalists at the European Journalism Centre's News Impact Summit, which was hosted jointly with Google News Lab and Polis, the think tank at the London School of Economics. Read more and watch the talk here. 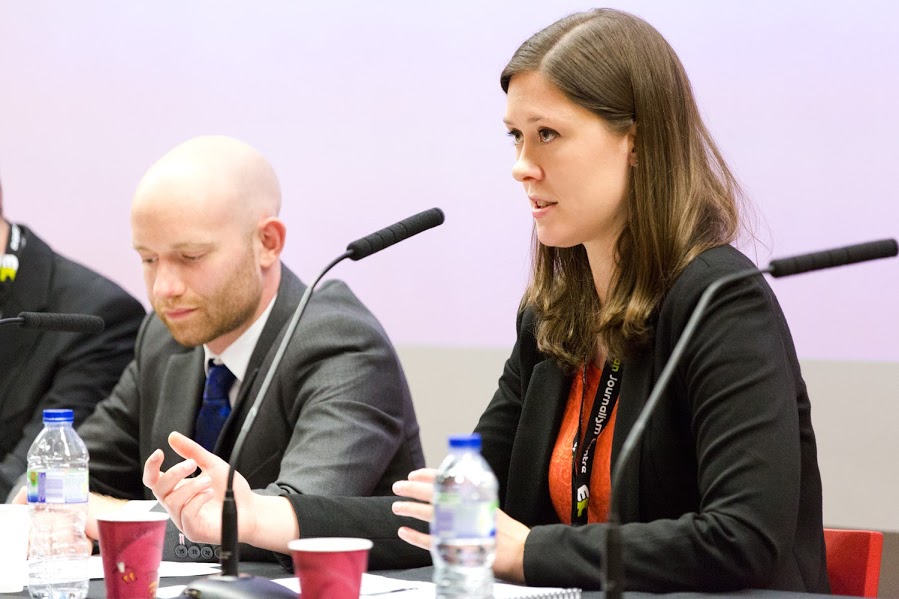 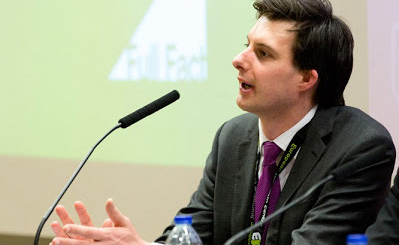 On Saturday 14 May we ran our first ever Wikipedia edit-a-thon, updating and improving the most-read pages about the EU on Wikipedia. In total we created 2 new pages, and improved 19 more, as well as training up 10 new Wikipedia editors from scratch and exchanging knowledge about reliable sources.

Millions of people read Wikipedia everyday. The more accurate and reliable we can make the information on there, the more everyone can be confident in their decisions on 23 June, whatever that may be. 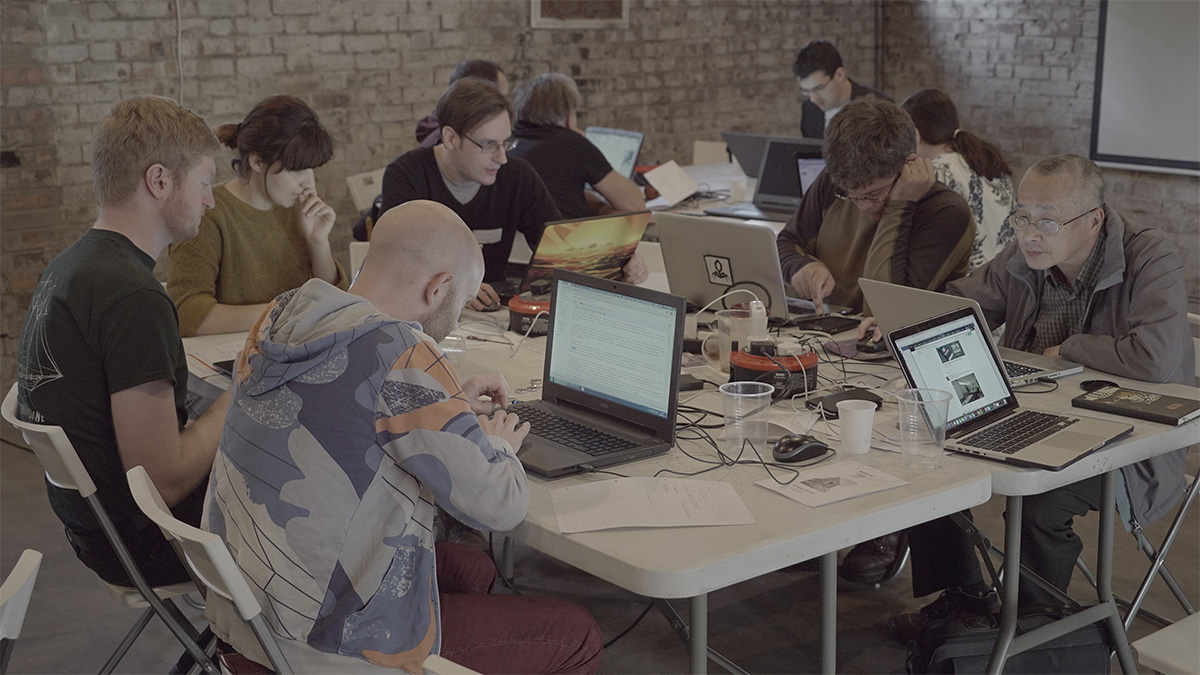 Working with other organisations

We teamed up with organisations ranging from the Federation of Small Businesses to 38 Degrees to get the facts out to a wider audience. And we worked with Wikimedia UK and Newspeak house to run our Edit-a-thon.

As ever we’ve been building links with the country’s leading experts to get you the best information available.

For this referendum we asked legal experts to work with us, including professors from Cambridge, Durham, Oxford, Edinburgh, Queen Mary, Essex and York universities. Also working with us were top QCs from Monckton Chambers, immigration experts from Oxford University's Migration Observatory, and health experts at the Nuffield Trust. We worked with UK in a Changing Europe to produce a series of facts behind the claims. We've covered topics including the UK's EU membership fee, immigration, economics costs and benefits, and borders.

Our digital team (made up of 2.5 people) managed to miraculously redesign and reimplement the website in the few weeks leading up to the referendum. We had help from the brilliant designers at Clear Honest Design, and continue to be grateful for the support we receive from our web hosts Bytemark and stock photo donors Alamy.

We’ve factchecked all the major TV debates, three in partnership with ITV news.

Must say @FullFact are smashing it out of the park on the referendum claims - recommend consulting regularly when watching debates!

they're @FullFact their mission is quite clear
Facts, not opinions
No interest in influencing you
Just bare facts

Whatever way you plan on voting, go into the polling station with the facts. Please. Check out @FullFact on the EU.

We worked with ITV to factcheck their referendum discussion shows—and they liked working with us so much that they invited us back to help them cover the BBC Wembley Arena referendum debate.

As part of our aim to reach people who aren’t familiar with the ins and outs of the EU debate, we also factchecked Bite the Ballot’s young voters debate which they streamed live on Facebook, and the Federation of Small Businesses’ EU referendum debate.

We couldn't have done any of this without...

You. We couldn't have done this without our crowdfunders, and our regular donors, or without the charitable trusts, corporate gifts, and generous individuals who support us. We want to thank particularly those who gave funding for the referendum: the Barrow Cadbury Trust, the Laura Kinsella Foundation, the lawyers at Kings & Wood Mallesons, Monckton Chambers, and also the Centre for European Legal Studies at Cambridge University, as well as the members of 38 Degrees.

But it was all of us who made this happen. The donations of 1,371 people from our crowdfunding campaign, the funders who continue to believe that our work is worth supporting, volunteers who donated their time, our staff who have given up their social lives for months, and to all our readers for believing that there can be more to the EU referendum than spin and misinformation.

Here's to bigger and better things the next time we vote.

Now that we have voted to leave...

Independent facts and factchecking are going to be needed now more than ever and we won't be able to deliver without you.

Only 80 donors support us with a regular donation, and although we are forever grateful to them, it's not enough for us to keep up in these extraordinary circumstances.

To ensure that we can work at full capacity all year round, we need 1,000 people to give £10 a month. Are you one of them? This will allow us to reach more people outside the political bubble, and make sure the facts hit home, fast.

I will give £10 a month to keep you going

Other ways to help

You can also support us with a £5 a month donation instead or a one-off donation of your choosing. If you can't make a donation at this time liking us on Facebook and Twitter, and sharing our factchecks would be another way of supporting us. Thank you!

The referendum is over. We're just getting started.