10 years of your support

2020 has been a year like no other. The ongoing pandemic has affected us all, while bringing with it a new wave of dangerous claims and conspiracies.

It also marks a decade since Full Fact began. In that time, Full Fact’s supporters have donated their time, money and skills to defending good, impartial information in the UK.

Here are just ten ways they continue to supercharge the fight against bad information and the harm it causes:

10. Growing our team — and global impact

In 2010 we might not have predicted the full extent of the political upheaval, health crises and online challenges we were about to face.

But like us, our supporters believed in the importance of independent fact checking.

Supporters have not only safeguarded our independence, but helped tackle bad information at a global scale.

Whether it was chipping in ten pounds to early crowdfunder campaigns, or becoming one of our fifty thousand newsletter subscribers, this bedrock has been pivotal in helping us take the fight beyond fact checking.

Funding from individuals has helped us grow to a team of thirty two fact checkers, campaigners and developers, who seek to fight the causes and consequences of bad information at every level - whether through calling out consistent inaccuracies, building world leading technology or investigating harmful conspiracies and how they might be countered.

9. Helping millions of people spot and call out bad information

We speak louder together. And each week, thousands of our supporters are helping people access the facts through sharing our fact checks and tips to spot bad information on social media.

This has given more people than ever before the tools they need to stop and think before sharing something false - with more views on our fact checks in 2020 than any previous year.

Supporters have donated over £200,000 and given up more than 4,000 hours of time to help over five million voters access good information about speeches, manifestos and campaigns on all sides in the run up to polling day. 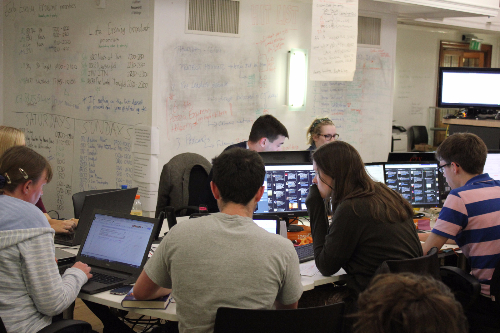 It’s never been more important that voters are protected from bad information online, but our election laws remain wide open to manipulation and abuse.

Since last year, we’ve been demanding better. But we needed the help of our readers to make sure that calls for change did not go unheard.

Many of you wrote into your local MP to demand that election laws update for the digital age, while hundreds of you shared our demands on social media.

We've seen progress since then. Proposals for digital imprints were published in August. They would require all online campaigning material to state who is promoting it, and on whose behalf.

6. Powering up our Automated Fact Checking

Since 2016, Full Fact has been developing AI tools to help increase the speed, reach and impact of fact checking across the world. Tools are now able to detect claims made in the news online and the TV, and match them with fact checks from Full Fact.

In order to teach AI to act like a human, we’ve relied on lots of humans to help us along the way.

In 2018, eight volunteers came into Full Fact's offices to improve our Live Fact checking tool. In just two weeks, they identified over 23,000 sentences and 2,000 claims on news sites online.

We began crowdsourcing this work in May this year. 132 people took part in helping us annotate over 13,000 claims.

Our AI tools found and classified 12.6 million claims from online and broadcast news in the first half of 2020*

5. Getting people facts about Brexit

In February 2016 then-Prime Minister David Cameron called a referendum on European Union membership. Our supporters had just helped us get through an election, but they rose to the challenge, donating £43,000 to helping us scrutinise claims in the lead up to the EU referendum.

Again in 2019, while important votes were taking place in parliament, our supporters sent in questions and donations to help get to grips with complicated and confusing issues.

This helped us answer readers’ questions and concerns on topics ranging from the Irish backstop to the Lisbon Treaty, to the cost of leaving.

At the end of March, we were overwhelmed with a surge in bad information of a different kind when the coronavirus pandemic escalated in the UK.

No one was prepared for a global health crisis - and we were being sent in hundreds of claims to check every week.

We sent out a call to our supporters over email. They donated £20,000 in a week to help us call out harmful medical advice, helping us publish 243 fact checks and tackle thousands of harmful claims about the coronavirus.

3. Informing our fight against bad information

Full Fact's readers have given their voices in many ways - whether it's sending in questions and feedback, telling us what they're most concerned about, or coming into the office for focus groups and interviews.

Giving their voice has helped Full Fact’s mission to fight the causes and consequences of bad information and improve public information year on year.

Fact checking alone cannot tackle bad information - and the more an inaccurate claim gets shared and repeated, the more it is believed.

Money raised from our supporters has helped us hire a dedicated member of the policy team to follow up when we find a statement to be false. This has helped make sure that whenever a public figure or journalist gets it wrong in public, we can ask that they correct the record themselves to prevent it from spreading.

So far this year, we've had 61 successful interventions, including corrections in the Guardian, The Daily Express and the Times, and amendments from Former Health Secretary Jeremy Hunt and Shadow Health Secretary Jonathan Ashworth.

1. Encouragement when it’s most needed

We would not have been able to have achieved half as much without the encouragement from our supporters to power us through!

Thank you to everyone who sent us offers of biscuits and words of support when we needed it most.

We face Brexit deadlines, uncertainty about the coronavirus and a wave of false and harmful information online. Your support is needed more than ever to scrutinise and challenge public debate. If you agree that good information saves lives, can you join our 2,065 monthly supporters and help safeguard the next decade?

Building a model for collaborating to combat misinformation crises