There were just under 6,500 trained firearms officers in England and Wales at the end of March 2018. This includes any who are “operationally deployable”, which may include those currently working as trainers.

The number of armed officers is nearly back at 2012 levels, when there were 6,760 officers.

This doesn’t include the number who are trained to use “less-lethal” weapons like Tasers. 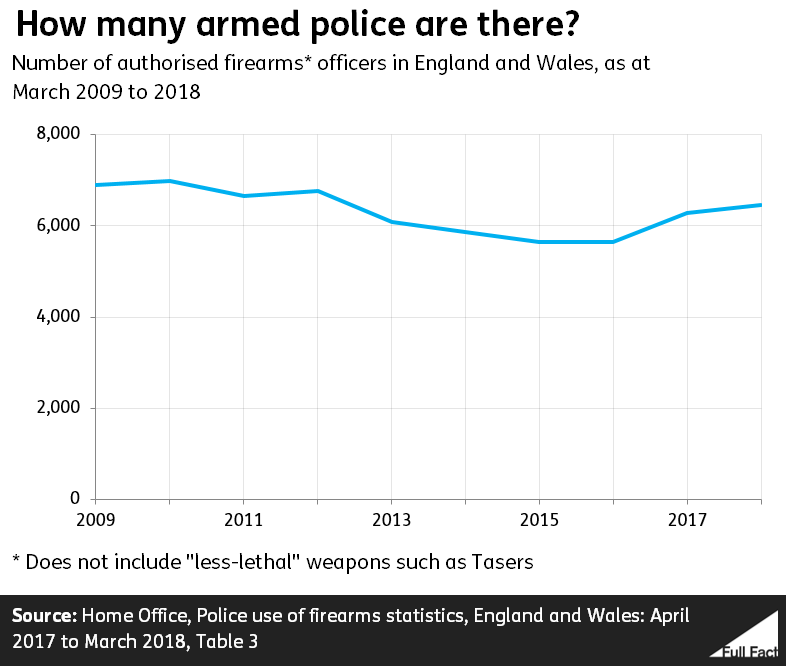 There were just over 122,400 police officers in England and Wales at the end of March 2018 and about 5% of them were firearms authorised. You can read more about police officer numbers in our piece here.

The Independent Office for Police Conduct publishes an annual report on the number of deaths during or following police contact.

In England and Wales in 2017/18 there were four fatal shootings, three of which were the suspects during the London Bridge attack. 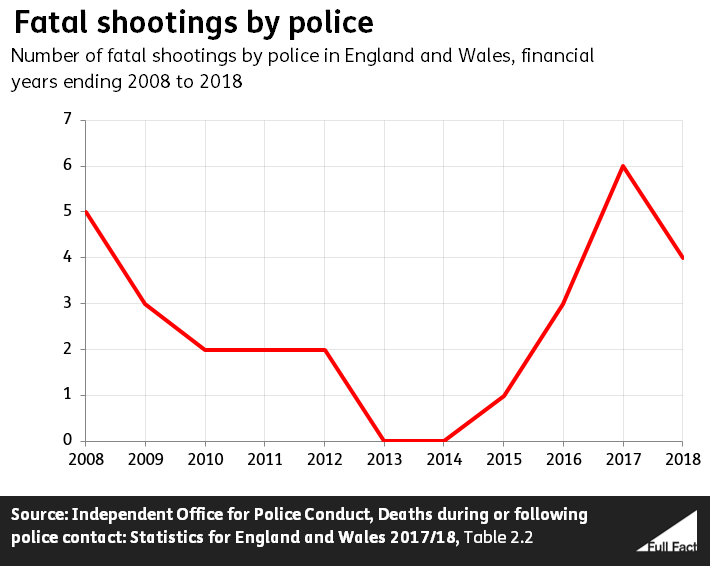 When are firearms officers deployed?

There were around 18,700 police firearms operations in 2017/18, up around 20% on the year before. A firearms operation is when armed officers are deployed to “protect themselves or others from a person who (a) is in possession of a firearm, (b) has immediate access to a firearm or (c) is otherwise so dangerous that the officer’s use of a firearm may be necessary”. Shots don’t need to be fired for it to count as a firearms operation, and multiple deployments of officers can count towards a single incident.

Just over a quarter of firearms operations were in London in 2017/18.

The figures don’t include when armed officers are deployed for VIP protection, patrolling airports, prisoner escorts, guarding duties, or other routine patrols.

Most firearms operations (94% in 2017/18) involved Armed Response Vehicles, which are adapted with special equipment to carry highly trained armed officers.

When a police officer discharges their weapon, the incident is recorded. Even if multiple officers fire multiple shots, it counts as a single incident.

There were 12 of these incidents in the year to March 2018, up from 10 the year before. That was the first time there’d been more than 10 since comparable figures were first collected in 2009. 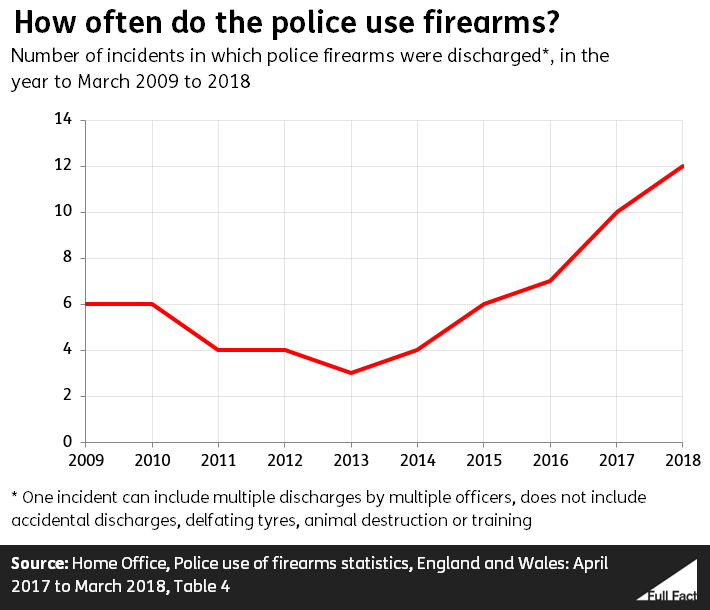 There are other types of weapons used by police

As well as handguns and rifles, police also train officers to use what they call “less lethal weapons”, which include Tasers and Attenuating Energy Projectiles (rubber bullets).

Tasers were discharged just over 1,900 times by police in England and Wales in 2016. That’s about 35 times a week.

There were around 9,400 other incidents where the Taser was not discharged, meaning that it was drawn or aimed at someone instead. The most common use (50% of the total) was when someone was subject to a “red-dot”—when the Taser is pointed at the subject and the laser sight red dot becomes visible. 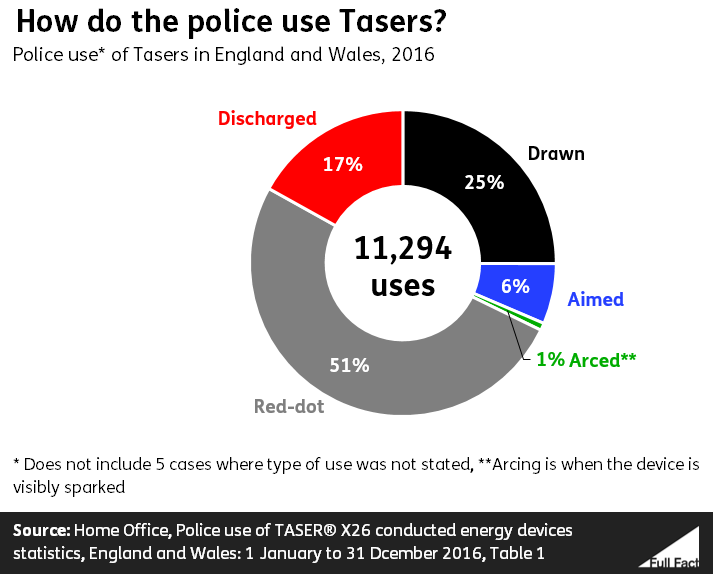