Young people and race in the criminal justice system

Correct for England and Wales.

The number of young offenders has fallen to a record low.

That’s correct for England and Wales.

A number of newspapers picked up on this finding from the recent review into the treatment of BAME people in the criminal justice system by Labour MP David Lammy.

Only about 6% are given a custodial sentence in any given year.

The number of young offenders sentenced to custody in the “secure youth estate” has also been falling.

We’re looking into the reasons behind this fall in numbers. The Lammy Review says that Youth Offending Teams have been largely successful in reducing youth offending and reoffending.

In 2015/16 the most common primary offences of young people in custody were ‘violence against the person’ (34% of young offenders in custody) and robbery (25%). 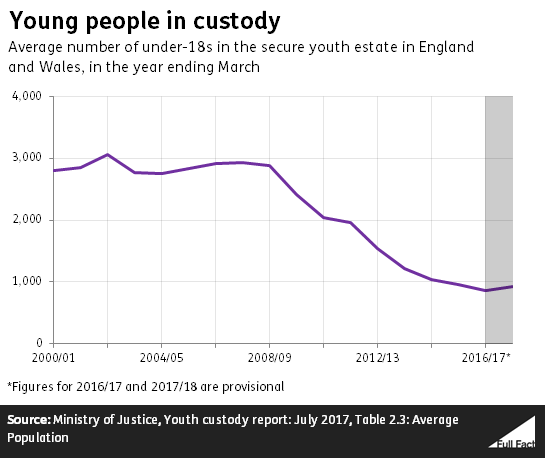 Despite the overall fall, the numbers being held in custody for some types of offences is increasing; namely drug offences and sexual and violent offences.

A higher proportion of young offenders in custody are BAME 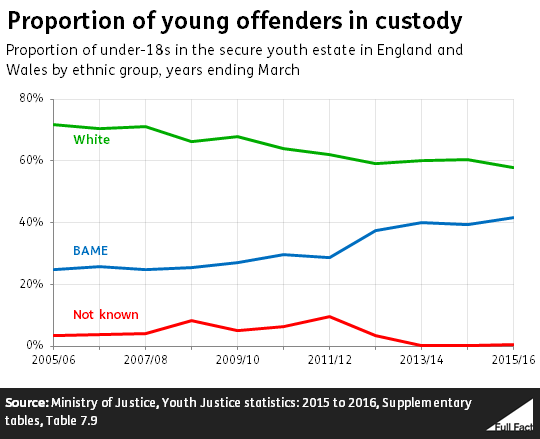 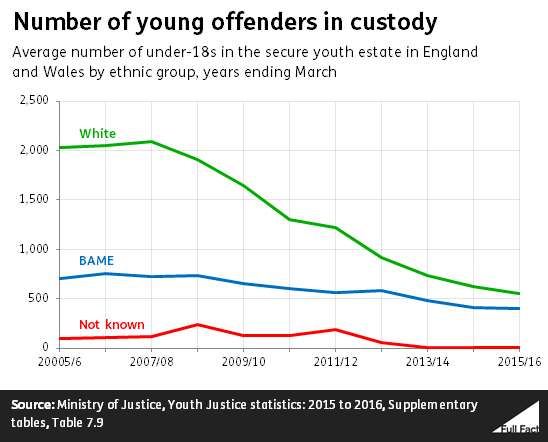 The review by David Lammy concluded that there was no single reason for the overrepresentation of people from BAME backgrounds (both young and old) in the criminal justice system.

It said that BAME people were more likely to be arrested, but that this didn’t fully explain their over-representation in the secure estate. They were also more likely to plead not guilty in court (the review found that when someone pleaded guilty they were more likely to receive a shorter sentence or a community sentence).

The review also looked into the severity of sentences given to BAME people. It found that they were more likely than white defendants to receive a prison sentence for drug offences at the Crown Court in 2015, even once past convictions were taken into account. But it wasn’t able to find an “evidence-based explanation” for this happening.

We’ve looked more into this here.

The proportion of young BAME people varies at different points in the criminal justice system. 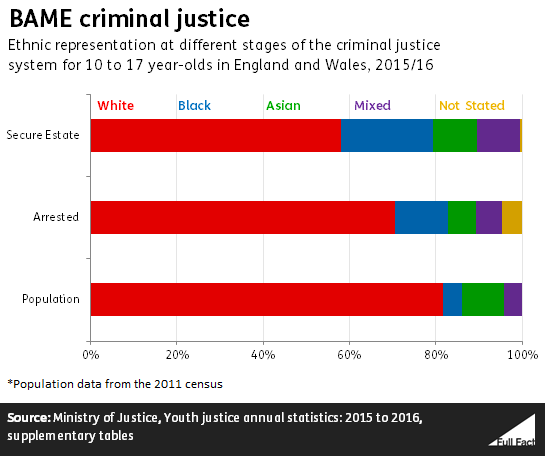