"Families will be £1100 a year worse off on average because of this Tory Chancellor's choices."—Ed Balls

The message is clear; the tax and benefits changes brought in over the period of the coalition government have cost families £1,100.

As ever, there's a bit more to it than this. The number itself is a reasonable estimate of the average cost to families, produced by the Institute for Fiscal Studies in January. But the average doesn't say where the cuts have fallen, and some cuts were always likely to happen. 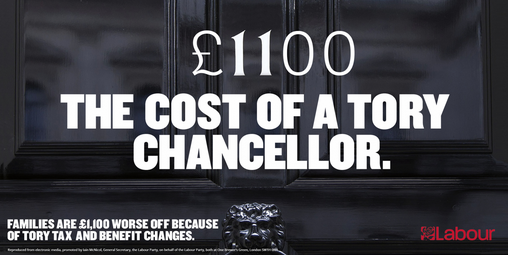 The IFS examined a smaller group of reforms where gains and losses could be attributed to households "reasonably accurately". The richest lost the most from these reforms in cash terms, but the poorest lost the most as a proportion of their income.

Some cuts were always going to happen

The IFS paper opens by saying that "Households were bound to be made worse off in the context of a fiscal consolidation aimed at reducing an unsustainable deficit".

They go on to say that "It is important to keep in mind that some takeaway from households' incomes was almost certainly inevitable given the need to correct the fiscal deficit that the government inherited. The previous government had already announced a number of tax rises to take effect over this period... and it is likely that any government who had taken office in May 2010 would have sought to introduce additional deficit reduction measures."

In fact, some of the cuts in the IFS figures were announced by the previous government, but implemented under this one.